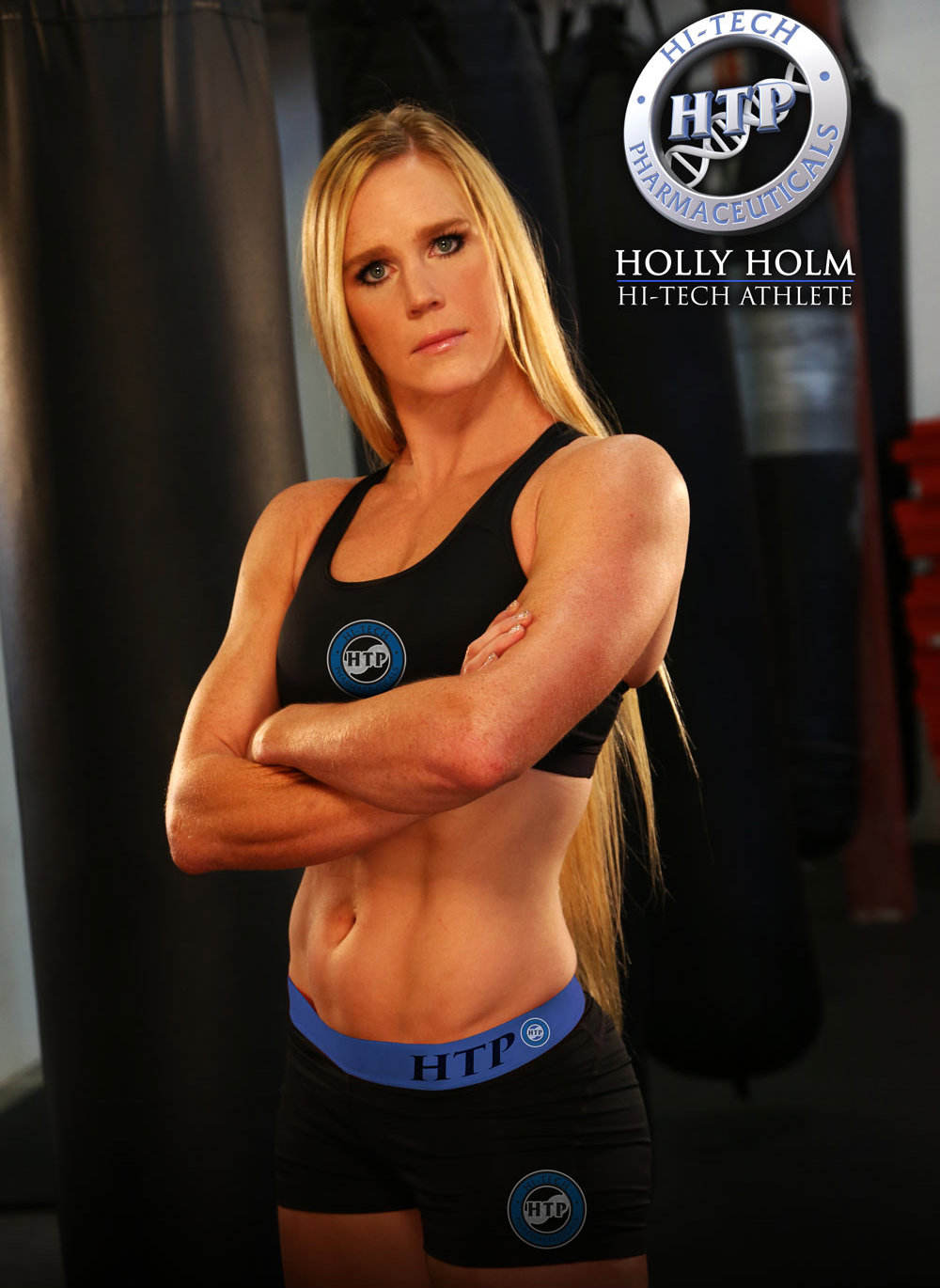 Hi-Tech Pharmaceuticals, a scientifically driven, leading sports nutrition and supplement company, is proud to announce that it has signed a multi-year endorsement deal with MMA World Champion Holly Holm. The New Mexico fighter known as ‘The Preacher’s Daughter,’ was a force to be reckoned with during her boxing career before transitioning to MMA full-time two years ago. Holly was 33-2-3 as a pro boxer, winning titles for the WBF, WBAN, WBC, GBU, WIBA, IFBA, WBA and IBA before joining the MMA ranks.

When it comes to sports supplements, Hi-Tech is one of the largest manufacturers in the world with products sold in most major retail chains across the globe, and now they are putting their support behind Holm ahead of her next MMA fight. “Holly takes her nutrition very, very seriously. You can’t cut corners in her sport. She must align herself with the best in each field, and that is what she has done by joining Hi-Tech’s team. Hi-Tech’s brands of sports nutrition products and diet aids is leading the sports supplement industry, and has been in the business of helping elite athletes for 20 years,” said Jared Wheat, president of Hi-Tech Pharmaceuticals. “Holly is breaking barriers in the MMA field and Hi-Tech has shattered multiple barriers in the nutrition field. It’s a partnership of the two best in their respective fields.”

Holm pulled off one of 2015’s biggest upsets with a second-round head-kick knockout of heavy favorite and undefeated champion, Ronda Rousey, on November 15th, 2015 at Etihad Stadium in Melbourne, Australia. Holm, a former and decorated pro boxer, simply dominated all aspects of the fight. Commenting on the announcement, Vice President of Brand Management, Anthony Presciano, stated, “Holly is an exceptional athlete and a proven winner with a rare ability to be a world champion in three different sports. Her work ethic combined with her relentless competitive drive makes her an ideal fit for the Hi-Tech brands. We are excited for what the future holds for Holly and the Hi-Tech family of brands.”

Recently Forrest Griffin stated in an MMA special rankings and year in review – biggest surprise of the year 2015, “now we have this Holly Holm…” and although Dana White previously said he should lose his promoters license if an immediate rematch between Holly Holm and Ronda Rousey is not booked, it appears Holm will indeed face another opponent before a potential second showdown with “Rowdy. With all that said, Hi-Tech will be there to lend its nutritional support.