Are zinc and magnesium good for increasing testosterone? 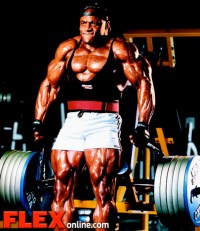 Yes, zinc and magnesium do boost testosterone under certain conditions. At FLEX, we advocate at least 15 milligrams (mg) of zinc per day and 400 mg of magnesium. These two minerals appear to be lacking in the diets of typical athletes and probably bodybuilders, as well.

Taking zinc and magnesium supplements is one way to be sure you’re getting your fair share of two minerals that are critical for normal testosterone production and response. However, both minerals are often not absorbed efficiently, especially when taken with calcium. One way to ensure that you are absorbing the maximum of both minerals is to take a supplement such as ZMA (zinc and magnesium aspartate, plus vitamin B6). Research also supports the notion that this supplement boosts testosterone levels in athletes.

Taken on an empty stomach before bedtime, ZMA provides 30 mg of zinc, 450 mg of magnesium and 10.5 mg of vitamin B6 to help you sleep better, reduce cramping, enhance recovery and boost anabolic hormone levels, such as testosterone.

What adjustments should I make in my supplement regimen on days when I don’t work out?

Whether it's a workout day or a rest day, your supplement regimen should stay approximately the same.  Supplements that you regularly take in the morning on an empty stomach, such as various amino acids (glutamine, arginine, tyrosine, etc.), should still be consumed at that time. Any supplements, such as multivitamins or minerals, that need to be taken with food should still accompany your first meal.

However, many experts believe muscle cells become saturated with creatine after several weeks of supplementing with it. As a result, you can actually skip a day here or there without affecting the creatine levels in your muscles, and you can save some money, too.

As for protein drinks that you would normally take before and/or after workouts, your consumption should depend on a few things. If you are trying to shed weight, it may be wise to skip the shake — especially if it provides simple carbs — since you will be burning less calories on rest days, thus needing fewer total calories. If you are a hardgainer, it might be best to include a shake between meals, but timing is not a critical issue.

Finally, any nighttime supplements, such as zinc and magnesium formulas, should still be consumed whether it’s a workout or rest day. 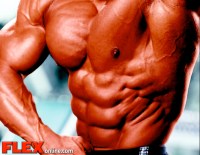 I’ve been hired for a modeling job, but I’m concerned about getting my abs really ripped. Can you give me some last-minute diet tips?

The last two weeks before a photo shoot or a competition are more about manipulating the way you look rather than changing it. Physical changes, such as adding muscle mass and reducing bodyfat, are long-term processes that need to be addressed in the months before your deadline. If you’ve done the hard work, then here are some techniques you can use to reap the most benefits.

Drink plenty of water – more than a gallon a day. Taking in plenty of fluids will send your body the message that it can shed any fluids that may be obscuring your abs.

Cut down on sodium the week before, then cut it out entirely the last three days before the shoot. Often, bodybuilders cut out sodium too early. This prevents them from getting the immediate diuretic effect of reduced salt intake.

Cut fluids — even water — 12 – 8 hours before the shoot. Your body will have no choice but to pull even more fluids from storage since you are not providing it with any. – FLEX