ONE MAN WANTS A FIFTH STRAIGHT SANDOW. ALL THE OTHERS WANT TO STOP HIM. WHATEVER HAPPENS, ONE THING REMAINS CERTAIN: THE LAST MAN STANDING WILL RULE THE BODYBUILDING KINGDOM

It’s the one we’ve been waiting for. With each passing contest, more talk centers on September and what could happen. Will this be the year that third-place finishers Shawn Rhoden (2012, 2014) and Dennis Wolf (2013) crack that barrier? Will veteran Dexter Jackson shatter a record? Will Mamdouh “Big Ramy” Elssbiay live up to the potential everyone sees in him?

And then there’s Phil Heath, who is dominating the sport and a fifth win would put him fourth on the list of most Olympia titles. We take an in-depth look at last year’s top guys, plus seventh place finisher Big Ramy and the rest of the talent-laden lineup of this year’s O. *Note: The following list is based on competitors qualified at press time. 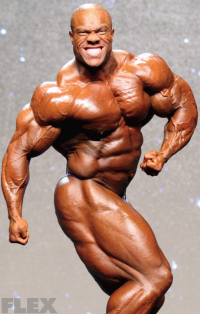 The four-time champ has been consistent in his ability to come in shredded while maintaining fullness. His degree of detail from head to toe, in front, back, and side poses, has made him untouchable. His rear double biceps is the best in the game, and he has that rare quality that Arnold described as “muscles coming to life” when he poses. The Gift is full of confidence and forces others to play his game. He will need to be off and his challengers will need to be better than they’ve ever been before if he is to be denied a fifth Sandow. 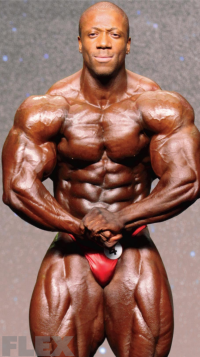 With tiny joints and full muscle bellies, Rhoden's physique has been likened to the legendary Flex Wheeler and other great aesthetic bodybuilders of the '90s. His wheels can roll with anyone in the lineup, and he has the width to hang in front and back poses. Not quite as thick through the torso and arms as the rest of the top guys, side chest and side triceps are his vulnerable angles. If he comes in with more muscle in those areas, he could be the guy to crash the Heath party. 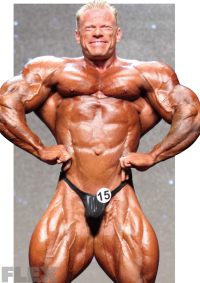 He's been up and down at the O more than anyone else in the top six. The knock on Wolf is that he looks like a sure thing leading up to the show but fades when he gets onstage. In 2013, he showed remarkable improvement in his hamstrings and overall condition to place a career-high third. He was slightly off that form last year to drop to fourth. With his size and width, he's got the "wow" factor to be a serious threat. 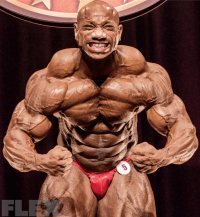 This former Mr. O (2008) is the elder statesman of this lineup, but he’s not conceding anything to his younger competition. In 15 Olympia appearances, he has never placed lower than ninth. Aside from calves (do we still count them?), Jackson has no glaring weakness. His front double biceps and side chest poses remain prime examples of quality over quantity. The Blade seems impervious to Father Time and his usual super-sharp condition helps him overcome the few pounds he gives up to bigger foes. 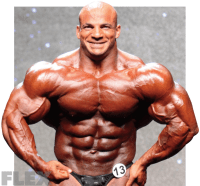 There’s big, and then there’s Big Ramy big. Ever since he earned pro status by winning the 2012 Amateur Olympia, all eyes have been on the Egyptian to see what he could do on the Olympia stage. There’s no question that he has the muscle, with what may be the widest wheels of all time, but at this level, pure size is not enough, as evidenced by his past placings. It remains to be seen if he can take his separation and detailing up to Olympia caliber. A Heath-Ramy first callout would bring down the house.

Watch the entire Olympia competition on a double-DVD set available through www.IFBBTV.com.

Where legends are made!