Training is a skill. Like any craft, you spend years harnessing it, with meticulous repetition through rigorous trial and error. And along with this skillset comes instinct.

By its very nature, training is primitive. We are building ourselves up by breaking ourselves down. Gaining muscle and losing body fat comes down to smart training and a scientific diet. Understanding what your body responds to and what it can handle, however, is equally as important.

My deadlift was supposed to be performed as 4×4. However, I would instead warm-up to a fairly heavy AMRAP (As Many Reps As Possible) set. The first time I did this, I performed 315 (pounds) ×7 335×8 and 365 for four reps. The following week, I worked up to a slightly lighter load, for slightly more reps. For this AMRAP, I hit 9 reps with 350 (I was pumped about this one). A shitty two sets of 375 for 1 followed the two great weeks before it. And, then for week 4, instinct came into play.

I had a rough morning. My dad forgot his keys in my car, which forced me to drive south nine exits in rush hour traffic. This put me behind schedule for a day trip to visit my fellow brother in gains, Matt Pudvah. After a breakfast run, requested by my dad, we began to argue. It was nothing serious, but it certainly didn’t help my mood. After getting to the gym, I decided to put my deadlift before my bench. I needed to rip something heavy off of the ground. I was right to trust myself on this one, even though my bench press has been my focus.

After warming up, more extensively than usual, I approached my last working set of 365 pounds. I aligned the bar with the midpoint of my foot, a great cue from Starting Strength Coach Mark Rippetoe. Squeezing it with all of my strength, I pulled the fastest 365 I have ever pulled. Without skipping a beat, I threw 405 pounds on the bar, strapped my belt on and started to pace. 360 pounds for a 4×4 was the plan, but I knew at that moment that I had to take advantage of how I was feeling. I knew I was going to hit 405, but for how many reps was the question. I walked up to the bar gripped it, dropped my hips, and ripped 405 off of the ground and back up for 3 total reps. The 400 pound barrier has been a mental challenge for me. So to make 405 my bitch for 3 reps was one of the best feelings in the world. Thanks, dad.

While I had some abstract of a plan, it was the details resulting from instinct, which really helped my deadlift progress. I was able to identify what would work and what I needed to do for that to be a successful day. Extensive deviation from your routine isn’t going to take you too far, but knowing what will make your body perform better in the gym will give you those gains. Or, somewhere in the middle between the two.

I’m not preaching, but rather, sharing my experience in hopes that it will help you instill more trust in yourself. Training requires knowledge, but it is not rocket science.

Andrew Gutman graduated from Springfield College in 2015 with a major in Sports Journalism and Communications. This blog originally appeared in his blog “Fitness Freak.”

Want to share your best health and fitness advice to college students around the world? Submit your writing for a chance to become a M&F College Blogger HERE. Be sure to check out the M&F College Blogs for campus inspiration! 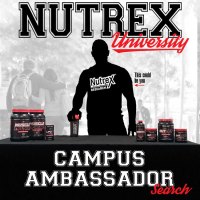 Get the lowdown on basic punches, gear, and shadowboxing.

14 Tips to Make Getting Ripped Easier

Professional bodybuilders' dos and dont's for getting ripped.

Use these tips to maximize your foam-rolling sessions.