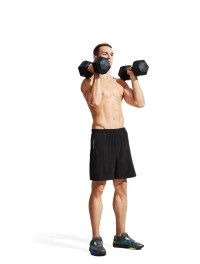 NOTES: Iraqi-born Khalid Almohsinawi, who currently lives in Amsterdam, finished sixth in the 2011 Orlando Show of Champions. He does pullups with a wide grip and pulldowns with a narrow, parallel grip. He is an FST-7 adherent, so the pulldowns are done for seven sets with a rest of 30–45 seconds between sets. Almohsinawi trains back once weekly. 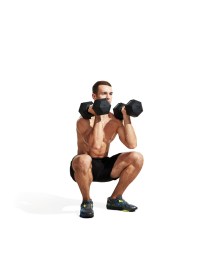 NOTES: Venezuelan-born Betty Viana-Adkins, 39, finished fifth at the 2011 Ms. International. She progressively increases the weight  on each of her shoulder exercises, whether or not she decreases the reps, and then she typically decreases the weight for a final one or two sets of higher reps. One workout she does laterals with both arms simultaneously and the next she works one arm at a time. Viana-Adkins trains shoulders once weekly. 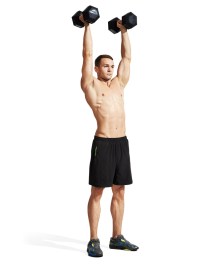 NOTES: New Jersey’s Craig Richardson, 37, finished third in the 2011 New York Pro, qualifying for his fifth Mr. Olympia, then went on to win the Toronto Pro Supershow. He typically does this no-nonsense calf routine after working shoulders once every six days.