“Phenom Flashback as it appeared in the November 2006 issue of FLEX magazine.

“I thought I was in shape until this, but I got my ass kicked today,” Phil Heath says with a grin after his back workout with Jay Cutler.

As humble as that statement was, The GiftÂs next utterance topped it: ÂJust think, JayÂs going to be Mr. Olympia, and 20 years from now, IÂll be able to tell my kids I trained with him and he buried me.Â By then, of course, Heath may have at least one Sandow of his own.

Mark this date down: July 31, 2006. ThatÂs when Cutler and Heath worked back together, and because we were there for every rep, quip and tip, you can be there, too. Just think, 20 years from now, you may be able to tell your kids you experienced the time two future Mr. Olympias trained together and one learned firsthand from the other the meaning of Olympia-level intensity.

ÂIÂM A SPONGEÂ ItÂs easy to forget that Jay Cutler was a phenom. After all, heÂs been a pro for 10 years and bodybuildingÂs number-one contender for five. Going into this yearÂs Mr. Olympia, he hasnÂt finished lower than second since 2000 Â a run of 15 contests. WeÂre accustomed to thinking of him as Ronnie ColemanÂs only true competition, but prior to that, he was a wunderkind, earning an IFBB ÂI thought I was in shape until this, but I got my ass kicked today,Â Phil Heath says with a grin after his back workout with Jay Cutler. pro card at 23 and winning a pro show at 26. Less than three months past his 28th birthday, he came within a striation of becoming the 2001 Mr. Olympia. However, by its nature, phenom status is fleeting. On July 31, 2006, Cutler was three days from his 33rd birthday Â still relatively young for a pro bodybuilder Â and Phil Heath is now the phenom. A pro at 25 and, like Cutler, a pro winner at 26, Heath hopes to follow in CutlerÂs footsteps next March as an Arnold Schwarzenegger Classic champ. Peter McGough, yours truly and photographer Kevin Horton are waiting at the Sahara Avenue GoldÂs Gym in Las Vegas when the numberone contender and the phenom stroll in. More than two weeks into his Olympia diet, Cutler weighs a lean 285, while Heath, having partaken in Sin CityÂs culinary vices over the weekend of the NPC USA Championships, is a comparatively smooth 235. Make no mistake about it, this will be CutlerÂs workout, with each exercise done in his usual order, style and pace. Heath avows, ÂIÂm a sponge, taking everything in, learning all I can.Â

ÂDAMN, HE GOES FASTÂ TheyÂve become good friends since meeting when Cutler guest posed at HeathÂs initial contest, the 2003 NPC Northern Colorado (Heath won the novice and open overall titles), and the give and take between them and those of us in the FLEX crew Â with whom theyÂre equally familiar Â begins even before they start their two warm-up sets of underhand pulldowns.

ÂIÂm going to do everything wrong just to throw Phil off,Â Cutler announces, as he initially places one hand underhand and the other overhand before gripping the bar underhand at slightly beyond shoulder width. ÂWith the underhand grip, I feel it more in my lower lats. These give me a lot of pull from the bottom up. I always warm up with these to kind of pop the lats out.Â Their first two working sets of 10 reps are with 240 and then the entire stack. For his third set, Cutler attaches a 25-pound plate to the 250- pound stack and grinds out 11 reps. When the stack bounces to a rest, the quarter nearly falls off. ÂTake that sÂt off,Â Heath jokes about the quarter. HeÂs barely caught his breath from the last set, and itÂs time to go again. ÂIÂm Mini-Me today. ThatÂs The Big Ticket,Â Heath says, nodding to Cutler, who is stretching out his lat sby pulling on a support bar at a cable crossover station. ÂIÂm just like the undercard.Â The Undercard gets 10 with 250, as The Big Ticket encourages him. Then, with just enough time for two straps to unravel and two more to be secured, they reverse positions, and Big Ticket pumps out 11 reps with 275. On his final set, Heath does nine with 230. ÂDamn, he goes fast,Â Heath, panting, tells McGough as we follow Cutler across the gym.

ÂI spend 60 seconds max rest between sets, but mostly 45 [seconds],Â Cutler states. ÂObviously, I canÂt push as much weight that way, but it helps to bring my condition in. I sweat through the night because my metabolismÂs so fast now.Â

ÂTHEY SAY ÂCUTLERÂÂ Big Ticket reps out one-arm dumbbell rows with a 140-pound dumbbell in one hand, the other hand gripping the rack and his torso parallel to the floor. ÂThat was nothing,Â he says afterward. If so, Heath uses Âless than nothingÂ Â a 115-pound dumbbell Â for all three of his sets. The rapid pace is sapping his strength.

Heath barely sweats Â he claims he never does Â but heÂs dragging. Still, he cranks out nine reps with five plates, as Big Ticket encourages him to Âfeel these now!Â The Gift felt them, all right. He plops down on a bench.

ÂT-bar rows are what built my back over the past two years,Â Big Ticket tells me. ÂThey were most responsible for my improvements last year. T-bars add a lot of middle depth and thickness, but theyÂre also going to add some width.Â

Cutler goes to eight plates (405). At eight reps, it seems like heÂll falter, but as his fellow pro eggs him on, he just keeps going. Nine, 10, 11, 12 . . . when he finally gives up, the bar crashes to the floor and plates seem to flee for safety, narrowly missing Horton, who had been furiously snapping shots from the floor. ÂHeÂs trying to get me,Â Horton complains to McGough and me with mock indignation.

Heath reluctantly rises from the bench and wraps his straps around the V-handle. He gets 10 reps with five plates as Cutler encourages him by mentioning next yearÂs Arnold Classic. Big Ticket then loads the makeshift T-bar to eight plates again and pumps out 10 reps.

Afterward, he holds up his bloody hand. ÂSee that, Greg. ThatÂs just from rubbing against my pants.Â Four hundred pounds causes a lot of friction. He turns to his cohort. ÂYouÂre not even sweating. Those beers should be coming out of you.Â HeÂs referencing Heath and fiancÃ©e Jen LaxsonÂs late night at Caesars Palace. ÂLook at Horton. He wakes up sweating beer.Â

ÂI like to do these off the floor, not off a rack,Â Cutler explains. ÂSo itÂs almost like a deadlift move on the first rep. With a reverse grip, I think I can get more of a contraction and pull further back.Â

ÂHeÂs had a lot more practice,Â McGough gibes to much laughter. ÂTHIS IS FOR RONNIEÂ Cutler moves the barbell he used for T-bars, and he and Heath slap two 45s on each side. Big TicketÂs 10 reps of barbell rows with 225 are done with an underhand grip. ÂThatÂs a warm-up, Greg. My wife rows with that,Â he jokes.

Heath smiles. ÂHe had to throw that in right before I go.Â The Gift also gets 10, but heÂs not counting it as a warm-up.

me later, Âand for me, theyÂre hitting my lower lats more. My biceps have a tendency to do too much work, though, so I have to focus on technique to contract the right muscles.Â

ÂWITH A DISCLAIMERÂ ÂYou guys shouldÂve been here when my strap broke and I went right on my ass,Â Cutler says as he wraps his straps around the handle for low cable rows. ÂI tried to play it off, but people saw.Â He gets 15 reps with the entire 250-pound stack. Heath gets 10. ÂIÂm just trying to contract the back,Â Cutler avers. ÂI just listen to my body. I donÂt need a long range of motion. I want to keep the tension on my muscles.Â Big Ticket attaches an extra 45-pound plate to the stack for his last two sets. He keeps his torso nearly perpendicular to the floor throughout, concentrating on the contraction. Heath stays with the 250-pound stack, and Cutler encourages him by saying, ÂArnold Classic, baby, right here,Â and counts out the reps.

After getting eight for his final set, the enervated Gift quips, ÂTraining with Jay should come with a disclaimer. You need a permission slip saying, ÂYou are allowed to train with heavy weights.Â

ÂKILL PHILÂ ItÂs not just the rapid pace and maximum weights that are taking their toll on the phenom, itÂs also the volume. TheyÂve already done five exercises, including four variations of rows, and once again, Big Ticket is striding across the gym to set up another: two-arm dumbbell rows while lying face-down on an incline bench. He pulls 65-pound dumbbells up to his lower lats; Heath uses 60s. Cutler goes up to 75s for his next set of 12, and when, afterward, he asks Heath what he wants, the phenom replies, wearily, ÂAinÂt no need to grab the 70s since the 75s are here.Â Heath struggles with 75s, and Cutler places his hands on his friendÂs inner middle lats to show where the emphasis should be and instructs, ÂPull Âem back.Â They both do a final set with 75s. ÂWe done?Â Phil asks, hopefully. ÂNo, we got to finish with deads,Â Cutler answers. 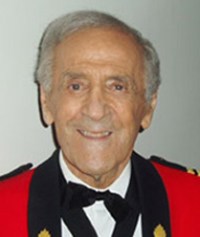 TheyÂre not done, though. Last come three sets of high cable rows. Standing about eight feet from an overhead cable, they pull a rope attached to that cable to just under their pecs, both using the entire 150-pound stack. ItÂs a finishing movement, which Cutler says brings out inner-back density and details.

ÂGOT TO GET ONEÂ Afterward, McGough asks Heath what he thought of the workout. ÂI wasnÂt concerned with anything else but surviving,Â Heath jokes before stating, ÂI know for the Arnold I need a wider back, so getting my butt kicked today Â thatÂs how it has to be if I want to grow. IÂm not embarrassed. Bodybuilding is always about pushing yourself to get better.Â ÂI preach the heavy core movements now,Â Cutler tells me before gulping down branchedchain amino acids in water. ÂItÂs about sweat and pain, and thatÂs why ColemanÂs the best. He never got away from hardcore training. HeÂs doing the same thing in Texas right now.Â

Over the past couple of years, the number-one contender has focused on the free-weight core movements that built ColemanÂs physique. ItÂs part of CutlerÂs attempt to finally defeat the man who last lost an Olympia when Heath was in high school. By the time you read this, youÂll know whether Cutler won his first Sandow or Coleman collected his record-setting ninth. Either way, Cutler will be back next year. ÂI got to get at least one,Â Big Ticket states. Then, after mopping sweat from his brow and while Heath talks with McGough, Cutler adds, ÂI got to win that thing before somebody catches up to me.Â

Go here for more photos from the shoot.