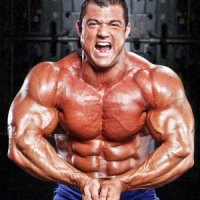 If you were to ask a young Anton Breznik what he was going to be when he grew up, he’d surely have responded with – a hockey player. After all, he had been playing the sport since he was 5 years old, for Austrian teams including Zeltweg and Villach.

But little did he know that a foot injury would change his course. During his rehabilitation, Breznik began to train with weights, and the more he trained the more interested he became in bodybuilding. By 2005 he amassed the confidence to compete and entered a bench press competition, in which he won his class.

At the age of 21, Breznik entered his first physique contest, the 2005 IFBB Austrian Cup in Wels. He has since competed internationally, visiting the United States to train with top coaches.

It was in 2008 though that the course he has been on reached a pinnacle, the IFBB Austrian championship, in which he took first place overall and the title of  ‘Mr. Austria’.