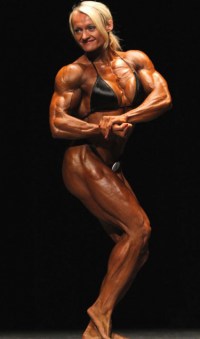 If Brigita Brezovac had not spotted a photo of Anja Langer at a local gym, it’s quite questionable if she would be where she is today.

According to Brezovac, as a 14-year-old, she was extremely impressed by that image, so she started weight training. In her first competition, Brezovac came in fourth. She then decided to compete in Miss Fitness the following year.  In 2009 she switched over to bodybuilding, with her pro debut the following year at the Tampa Pro where she won overall.  One week later Brezovac won another pro show, the Europa in Hartford, qualifying her for Ms. Olympia. She has gone on to compete and place in numerous international competitions.