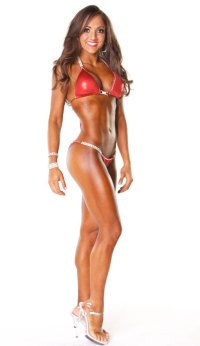 Nicole Nagrani got her start early.

Nagrani was 14 years old when she competed in her first teenage figure and fitness competition. When she wasn’t wakeboarding or competing in track and cheerleading events, Nagrani was lifting. From that very first training session on, she was hooked. Then again, Nagrani had been exposed to the sport at an even earlier age — birth, her parents had been travelling to the Olympia every year since she was born.

Nagrani didn’t begin competing seriously until she was 17 and eventually transitioned from figure and fitness to bikini when she turned 18.  At her first NPC event, the

In what is turning into one of the largest women event of the year, follow Flex Magazine as we cover the PBW Tampa Pro