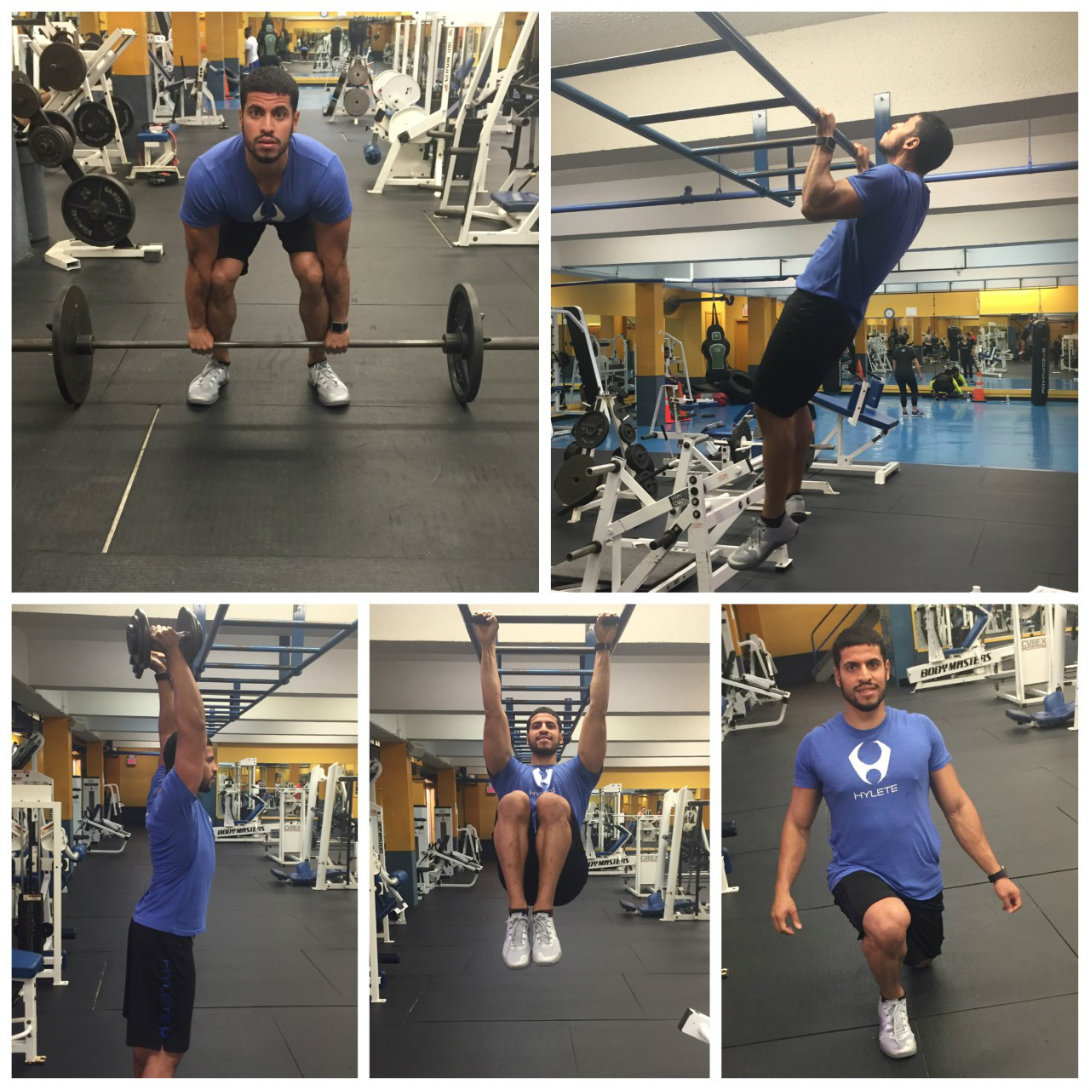 Nearly 1,200 participants have already signed up for the Hylete C3 Charity Challenge in less than two weeks, as the support for five different charities continues to grow within the fitness community. The latest challenge, called Cadmium, was released Friday, April 15, and this workout is sure to be a favorite for weightlifters and bodyweight masters alike. Check out how M&F Contributor Mark Barroso fared in this five-move circuit, and if you haven’t yet, sign up for the C3 Charity Challenge at hylete.com/C3.

Cadmium’s warmup called for Good Mornings, an exercise to stretch the hamstrings and strengthen the lower back. Here’s Barroso performing Good Mornings along with some dynamic leg swings prior to the workout.

“My final score was 256. If you’re the type of athlete that loses track of rep count and just works until fatigue, take a second after each loop to fill in the scorecard. I enjoyed Cadium a lot because it provided a full-body workout that built strength, improved metabolic conditioning and definitely burned fat. For ‘metcon’ lovers, those four minutes of rest in between was plenty of time to recuperate for the next round.

A heavy barbell deadlift is a full-body exercise that requires maximum strength output to perform. Do a deadlift with light weight for time and now the goal has shifted to power, explosiveness, and metabolic conditioning. Deadlifting with the same amount of weight for a few sets, albeit a relatively lighter one, is a good reminder to people that the deadlift can be used for various purposes, not just maxing out. For example, add a Fat Gripz or Harbinger Big Grip to the barbell and you’ve made the deadlift a grip-training move too. If you don’t have access to a barbell, a suitable replacement would be dumbbells, and if don’t have access to those, make a DIY sandbag and use that.

Pullups are becoming the new curl: fitness enthusiasts from all walks seem to share an interest in doing more of them. And for good reason. Whether your goal is to build a bigger back for bodybuilding, bench press more weight powerlifting style, compete in CrossFit, American Ninja Warrior or Spartan Race, pullups will help you reach your fitness goal. Setting the number at four allows for unbroken sets and full range of motion for all reps since you won’t burn out during the set.

I used 35-pound dumbbells instead of kettlebells for the push press since I didn’t have access to kettlebells. To push press, flex your knees and drive the weights vertically overhead so arms are fully extended. This is different for a thruster, in which you would sink to a front squat position, with thighs at least at parallel, ideally your hips would drop below the knee crease. The push press serves two main purposes: building bigger shoulders and traps and increasing power generation in a short time frame.

Knees to chest require you to engage your core and use your abdominal muscles to raise your knees high. Knees to chest should take less time than toes to bar since your legs are traveling through less space, thus making it more efficient for a timed workout like this one. Lunges can be taken at the pace of your choice, as long as one knee touches the ground each rep. The key with these is to not slam your knees into the ground; tap it, landing softly, then alternate legs.

Overall, I focused on form more than anything in this workout. During the deadlifts, I really exaggerated the hip drive and lockout because I wanted to generate as much power as possible using light weight.

Circuit 3 of the Hylete Charity Challenge will be released April 22. We have yet to use wall balls, a plyobox or ab mats, so perhaps we’ll see those in the mix? Are we going to see strength as a scalable metric? Come back next week to see how it all pans out.