One chapter closes, another one begins. With his days of dominating the Olympia stage behind him, eight-time Mr. O Ronnie Coleman recently began another stage of his life by marrying Rouaida Christine Achkar. A personal trainer, Ackhakr was born in Lebanon on July 29, 1974 and raised in Paris, France. Coleman met his new bride in Paris Â- ah, l’amour — on March 22, 1998, at a Paris Sports exposition. Achkar is currently working towards a degree in sports medicine at the University of Texas at Arlington.

Please join us in wishing the couple a long and happy life together. 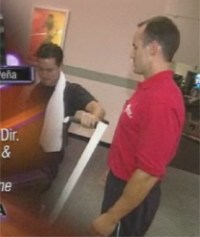