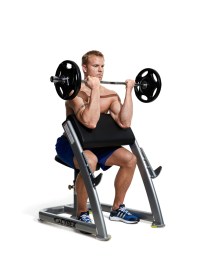 FLEX Magazine has long touted the benefits of taking caffeine before workouts to boost strength, endurance and fat burning.

Researchers from the United Kingdom had trained male lifters complete as many reps as they could on the bench press with 60% of their one-rep max (a weight they could lift for about 20 reps) one hour after consuming about 400 milligrams of caffeine or a placebo.

They reported in a 2011 issue of the Journal of Strength and Conditioning Research that when the subjects consumed the caffeine before the workout, they were able to complete an average of two more reps as compared to when they consumed the placebo.

So do as we have always recommended and take 200–400 mg of caffeine, or use a preworkout supplement containing caffeine, about an hour before workouts to boost your strength and endurance.

Getting a couple of extra reps on most sets during a workout can make a huge difference in how much muscle mass you pack on.