Yesterday, the twice-retired American cyclist Kristin Armstrong etched her name in Olympic history with her victory on the 29.7km (about 18mi) course. At age 43, Strong became the third oldest woman in Olympic history to win an individual event. Not only did she win, but she smashed the competition finishing more than 5 seconds faster than second place. Strong, who was in sixth place at one point during the race really earned her medal during the final 10km (6 miles) flying down her final descent and making up for all lost time.

After the race Strong told reporters, “I knew it was going to be a close race. My coach said to me, ‘OK, you decide what color medal you want to have.’”

This marks her third straight gold medal in the event, and was earned the day before she turned 43! Armstrong retired in 2009 after winning gold in 2008 to start her family, then she returned for the 2012 Olympics to win gold.

What (and who) we’re watching today: 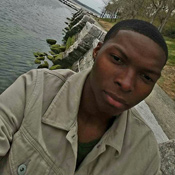