Check out the exclusive behind-the-scenes footage of our recent cover shoot with Dwayne “The Rock” Johnson. The Ballers star recounts the integral role that Muscle & Fitness magazine played in his early days of training, and how the men featured in the magazine became role models for him growing up.

Johnson talks about being our “Man of the Century” and the time when he met the great Joe Weider. He also notes the importance of social media and his exciting new partnership with Ford. At 43, The Rock says he has learned to “appreciate the moment” but still plans to be the “baddest motherf***er alive at 43, 44, 45 46, 47.” Check out what else is going on in his world. 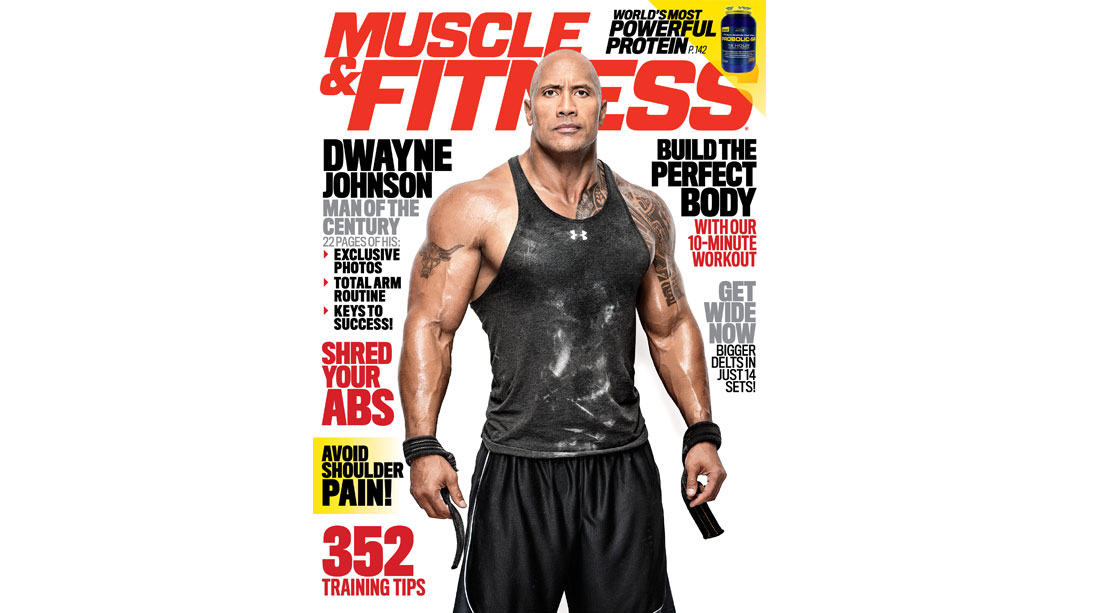 Get the new issue of Muscle & Fitness on newsstands now!

After his battle with leukemia the wrestling superstar is bigger and stronger than ever.

'Muscle & Fitness' got a sneak peek of Spartan Race Greece.

Behind the Scenes at the MusclePharm Gym