Ten years ago he was a supernova— the biggest story in the muscle world. Like Mamdouh Elssbiay today, Fedorov was the young, foreign behemoth who was going to shake up bodybuilding’s top rankings. What’s more, the Russian’s story seemed dreamed up by a Hollywood screenwriter. He trained in a cemetery! The script was destined for a grave ending when he fell as quickly as he rose. But now, at 36, Fedorov is slated to return to the pro stage in his hometown of St. Petersburg, Russia. As he prepares, we look back at one of the most incredible tales in the history of bodybuilding.

I first met Alex Fedorov in October 2004 at a breakfast in Moscow’s grandest hotel. It was the second most memorable thing about that meal. The first is that FLEX photographer Kevin Horton got stuck with a $120 bill for one bowl of granola because we assumed the competitors’ buffet—consisting of cold fish, hard-boiled eggs, and granola—was also free for us, the only two representatives of the foreign press. I made my escape just before the crackdown. But before then, I encountered the mythic Russian monster, Eight years is an eternity in bodybuilding, but that’s how long it’s been since Alex Fedorov last competed. covered from head to toe in a XXXL track suit. He really did exist.

It’s difficult to understate what a mercurial figure Fedorov was a decade ago. There was no social media. It was also a time when Ronnie Coleman looked like a cartoon. It all started the year before I met Fedorov. When Coleman appeared at the 2003 Mr. Olympia at a peeled 287 pounds, it sent tremors around the bodybuilding world. One week later on Halloween, Coleman and Olympia runner-up Jay Cutler were in Moscow for the Russian Grand Prix. Everyone assumed this would be a sedate repeat of the results in Las Vegas.

Eight years is an eternity in bodybuilding, but that’s how long it’s been since Alex Fedorov last competed.

The three other Americans in the lineup had finished in Places 8, 12, and 13 in the recent Olympia, but an unknown Russian making his pro debut left them in the dust. When contest photos materialized, they captured a three-man callout: Coleman, Cutler, and wait…who’s that third colossus? In the middle, between the No. 1 and No. 2 bodybuilders on the planet was 25-year-old Fedorov. And, against all odds, he was holding his own.

At 6'1" and 280 pounds, Fedorov carried enough size to match Coleman and Cutler in several poses. He had a badly torn left pec, and as a result his deflated chest ruined his proportions in front shots. But he beat No. 1 and No. 2 in the side triceps, largely on the strength of his phenomenal lower body. His hamstrings were so curvy from the side, his  legs seemed to nearly form a perfect O. And, at 25, he was five years younger than Cutler and 14 years Coleman’s junior. The legend of Alexander the Great reverberated around the globe. And it grew even larger after he finished second to Coleman in the Russian Grand Prix the following year (Cutler didn’t compete) and FLEX later revealed that he trained in a cemetery. But before we go there, let’s retrace how he got to that three-man callout in Moscow 11 years ago.

In 1703, Russia’s Peter the Great captured a Swedish outpost on the Baltic Sea. In the decades after, St. Petersburg blossomed. Noted for its awe-inspiring architecture and canal-laden topography, it became the capital of Russia and a center of intellectual and artistic progress. It was one of the world’s greatest cities during the 18th and 19th centuries. But in the aftermath of 1917’s Communist revolution, the city was renamed Leningrad, and it languished behind the Iron Curtain for 67 years—a period that included a devastating 2.-year siege by the Nazis during World War II.

During the Communist years, Anatoli Fedorov was a Leningrad bus driver with a passion for working out. Because the individualist pursuit of bodybuilding was scorned by the Soviet state, gyms were scarce. So Fedorov and his friends started their own gym in a utility shed in sprawling Yuzhonoye Cemetery. It had no heat. It was dark and infested with rats. But they moved in weights and built primitive squat racks and pulley machines, and there they toiled, sometimes bundled in clothes to stave off the coldest Soviet winters. 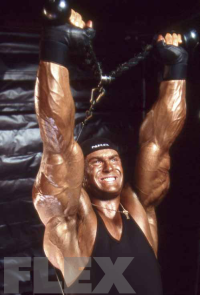 “I used to go to the gym to watch my father train,” Alex Fedorov says. “I knew I wanted to be a bodybuilder.” On the first day of 1992, Anatali began training 13-year-old Alexander. Soviet communism had ended, Leningrad had been renamed St. Petersburg, and commercial gyms were sprouting up. Still, the Fedorovs worked out among the graves. They had no bodybuilding magazines. Instead, the son learned from his father’s expertise and from his own trial and error. “My father knew that at my height, I would compete in the unlimited [weight] class, so our main point then was just to get me as big as possible. I always trained heavy, always trying to use more weight one workout than the one before. We didn’t focus on diet much. I just ate a lot, even though it wasn’t always healthy food.”

At 15, he started competing in bodybuilding contests. In a photo of him striking a pose at 18, you can see the full muscle bellies and the blossoming quads, but it’s also apparent  he has a long way to go to fill out his lanky frame. But progress was rapid in subsequent years. He won the junior titles of the 1997 German Open (at 19) and the 1998 World Championships (at 20). Then, under the tutelage of his father, he stayed off stages and built himself up for the open class.

In the middle, between the No. 1 and No. 2 bodybuilders on the planet, was 25-year-old Fedorov. And, against all odds, he was holding his own.

Alexander Fedorov peaked on May 6, 2003, his 25th birthday. That’s when he dominated the IFBB European Amateur Championships with a physique notable as much for its proportional aesthetics as its mass. Watch the YouTube video, slightly more than a minute long, of him posing at that contest. He’s smaller than he was almost six months later when he battled Coleman and Cutler. His conditioning is a bit blurry and made blurrier by the mudlike Dream Tan European bodybuilders coated themselves in. Nevertheless, he has all the tools. His chest is in line with the rest of him. Project the gains on that physique, chest and all, that we saw him make over the following two years, and he may have lived up to every bit of his hype. He may have challenged Coleman and Cutler on the Olympia stage, and he might still be challenging Phil Heath today.  Perhaps he could’ve brought Sandows home to St. Petersburg.

But fate intervened. In September 2003, while preparing for his pro debut the following month, he was bench-pressing 485 when he tore his right pec in four places. Gallantly, before surgery to repair his chest, he competed in the Russian Grand Prix. We covered that show already. He was third, behind Coleman and Cutler, a placing that qualified him for the next year’s Olympia. And the hype was on.

Still, he forewent the Olympia and instead challenged Coleman mano a mano in a rematch in the 2004 Russian Grand Prix. The buzz then was that the champ, who had lost a contest just after winning the 2002 Olympia, would be vulnerable in Fedorov’s home country. And, after pec surgery and a year of training in seclusion, no one was sure  how much the young Russian had grown. Ultimately, it didn’t matter. No one could touch Coleman in 2004, when he weighed a shredded 297. And, though Fedorov had grown, his chest hadn’t.

Fedorov was the mythic figure on whom fans projected their hopes for a close Olympia clash.

In retrospect, Fedorovmania was a product of the times. Coleman won his seventh consecutive Sandow in 2004 and his recordtying eighth the following year. Cutler was consistently second but couldn’t dethrone the champ (until 2006). The bodybuilding world then was looking for someone with the size to challenge King Coleman’s supremacy. Maybe, just maybe, the right mass monster had been found in a St. Petersburg cemetery. Unknown before 2003, non-Englishspeaking, and thousands of miles from the limelight in an era before Facebook and Twitter, Fedorov was the mythic figure on whom fans projected their hopes for a close Olympia clash.

It wasn’t to be. Like a pump-and-dump stock, Fedorovmania plummeted as quickly as it peaked. You couldn’t ignore his chest. Still, evidence of pec tears are not  uncommon on pro stages and not always debilitating. Toney Freeman tore a pec and has subsequently won seven pro titles and finished fifth in a Mr. Olympia. Fedorov’s greater problem in his last four contests was his blubbery conditioning. Showing up smooth, he was humbled with a DNP (did not place) at the 2005 Mr. Olympia, his long-awaited American debut, and a repeat DNP against a weaker lineup at the 2006 New York Pro. Kai Greene also got a DNP at the latter show. But Greene and Fedorov’s fates diverged from there. Greene is now the No. 2 bodybuilder in the world. Fedorov made little impact in two European Grand Prix shows in the autumn of 2006. Then, at 28, he quietly retired, vanishing from the bodybuilding scene that had championed him as a possible Mr. Olympia just two years prior. In the intervening years, photos of him looking fit and smaller-but-not-small occasionally showed up on bodybuilding message boards. They were incomplete answers to the question: Whatever happened to Fedorov?

As always, the mass monster built in a Russian cemetery remains a mystery, as intriguing as he ever was.

We’re about to get the full answer. When Alex Fedorov steps onstage at the IFBB Grand Prix Fitness House Pro Men’s Open on November 1, it will be 11 years since his pro debut and eight since his last contest. He’ll be like a time traveler from the past stepping into the present. Still, successful pro comebacks have occurred after longer “retirements,” including 48-year-old Francis Benfatto, who showed up in the high-def shape of his life in 2006 after a 13-year-old layoff and after tearing a pec. If we see similar cuts etched into the 36-year-old behemoth from St. Petersburg, it’s possible Fedorovmania will return. After all, bodybuilding is forever searching for the next big thing. Could the N.B.T. be Alex Fedorov — again? For now, it would be enough for him to finally come in crisp and dry with a proper contest tan. If he can do that and carry approximately as much size as he did a decade ago, it’ll be interesting to see where he places. As always, the mass monster built in a Russian cemetery remains a mystery, as intriguing as he ever was. 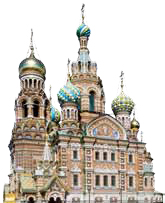 Although the Grand Prix Fitness House Pro Men’s Open will be the third IFBB Pro League contest held in St. Petersburg, a 17-year hiatus has passed since the last one. The Russian Grand Prix took place in St. Petersburg in 1996 and 1997 before moving to Moscow in 1998. The only other Russian pro contests, in 2003 and 2004, occurred in Moscow, and Fedorov competed in both. – FLEX