Research has finally revealed the genetic key to muscle growth. The most powerful force in our bodies preventing big muscle gains is myostatin. This protein is coded directly into  our genes and produced at different levels throughout our lives. Simply stated, the higher your blood levels of myostatin, the more your muscles break down and get smaller. When myostatin levels are high, even under the very best training and diet conditions, building muscle is nearly hopeless. Perhaps that’s why so many toil in the gym and never realize the gains they sweat for. Conversely, when myostatin levels are lower, muscle proliferation flourishes. Myostatin doesn’t just play havoc in the gym. Rather, it can plague us throughout our lives as well. It has been well established that myostatin levels increase with age and the physical deterioration (muscle wasting and increase in body fat) that accompanies aging.(1,2) Moreover, myostatin also has a well-proven influence on a host of diseases, including but by no means limited to wasting diseases, HIV infection, heart attack, congestive heart failure, muscular dystrophy, cancer, and sepsis.(3–10)

But fear not! There are some natural ways you just might be able to reduce the scourge of myostatin expression to optimize health, maximize muscle growth, and slow the aging process.  Click NEXT PAGE for the first growth strategy… 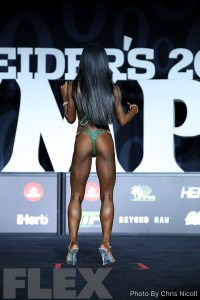 It seems like everyone these days hits the gym. But how intensely do you really train? Training intensity is the key to reducing myostatin. Perhaps the best research available to tell us this comes from a study that determined and compared the magnitude of changes in myostatin and insulin-like growth factor-1 (IGF-1) for muscle strength and muscle size in response to resistance training in healthy men. The study looked at 20 healthy men ages 18–45 studied over 10 weeks  of intense resistance training. They tested arm strength (biceps curls), muscle gain (cross-sectional area of upper arm), IGF-1, and serum myostatin. While there were significant increases in both strength (+30%) and muscle gain (+12% in CSA), IGF-1 remained unchanged. Meanwhile, myostatin decreased in study subjects by an average of 20.3% over the 10 weeks.(11) These findings were very significant and consistent with a prior muscle-loss study on myostatin in which it was demonstrated that a plasma increase in myostatin of as little as 12% corresponded to an almost five-pound mean loss in lean skeletal muscle mass over 25 days.(12) The key difference in the previous study was training intensity! So taken together, while some weight training may help to decrease myostatin expression, it was the intensity of resistance training that brought about the biggest changes. 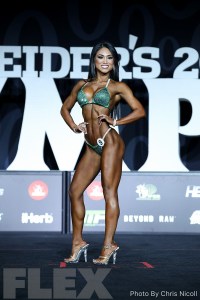 Dietary monotony is something that nearly everyone experiences. Adhering to the structure of a diet can become boring, repetitive, and actually counterproductive. Meal consistency and regularity, albeit boring as heck, are time-tested staple processes in the bodybuilding lifestyle that certainly have their place when it comes to fostering  a good physique. It’s certainly true that regular feeding is critical to countering catabolism. You should never feel starved, nor should you gorge until you’re stuffed. But while it should form the baseline management of your daily muscle-building routine, remember that myostatin expression still lurks. That’s because you’ll still have times when the thought of more food literally sickens you. I suspect this is brought about by periods of myostatin overexpression. Certainly studies tell us that myostatin gene expression and caloric restriction have a connection.(13) But whatever the mechanism, this is a critical time when you must temporarily go against the bodybuilding standard and avoid food for a short period by using a rare day of fasting to your metabolic advantage. I call it “structured fasting” because the way I do it, it’s not a complete hardcore fast. The key is to include an early substantial breakfast of something like protein, milk, and oats. After that, it’s no food at all but with very liberal amounts of water all day. I do this at least a few times a year, and it works like magic to clean out the system, reset the metabolism, and, I believe, keep myostatin expression in check. 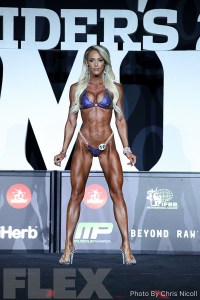 Research in animals has proved that myostatin is activated in the presence of acid (low pH). This “systemic overexpression of myostatin” was found to induce profound muscle wasting exactly like what we see  in human cachexia syndromes.(14) If you believe the controversial tenet that the bodily pH can be influenced by what we eat, then this may be yet another natural approach to inhibiting myostatin expression. In theory there are so-called “acidifying foods” said to produce acids during digestion and metabolism. Depending on your source, there’s a long list of foods that are said to acidify the body. So it’s all a matter of degrees. But included among these are the more potent sources of white sugar, sweets, refined foods, preservatives, coffee, cocoa, tea, and wine. In contrast, there are the so-called “alkalizing foods” like vegetables (lettuce, spinach, kale, peas, cauliflower, celery, carrots, tomatoes, etc.); melons (specifically watermelon, honeydew, and cantaloupe); and nuts (almonds, chestnuts). I should underscore the fact that an alkaline-diet approach has not been shown to elicit a truly sustained rise in blood pH. While it cannot be denied that diet can certainly influence pH, the question is how much and to what degree. Personally, I always feel better and stronger when I make the so-called “alkaline foods” a part of my diet. I feel that, for me and the athletes I work with, we do tend to walk around in a very acidic state. This is due in part to the constant bombardment of lactic acid in the blood from training and competition coupled with the regular protein loads we give ourselves to recover. So somewhere in the back of my mind,  I have it there that I need to indulge this purported folly just a little bit. But again, this approach is more science fiction than science fact. Of course, this would hardly be the first time that the science fiction of today becomes the science fact of tomorrow.

In 2006 research revealed that a natural substance known to inhibit myostatin is found in significant levels in standard store-bought fertilized chicken eggs.(15) In essence, it was proven that the power of natural myostatin inhibition was right there in our food supply. Fertile eggs are eaten regularly and sold in organic markets across America. Since these are basically the eggs that chickens grow from, they are 100% natural and believed by the U.S. Department of Agriculture to be no better or worse for you than standard store-bought eggs (nonfertile). But what truly separates regular eggs from fertile eggs are about 20,000 cells barely visible to the naked eye. A “follistatin” protein, along with a number of other naturally occurring biologically active co-factors, resides in these cells found along the yolk membrane. These factors are released in steps from the membrane into the yolk to promote early embryonic development and rapid growth. From a processing standpoint, the challenge was to preserve biological activity, magnify the concentration, and stabilize the effect. Intense research continued, and finally a complex process of “high-grade handling” produced the first product of its kind.  Only MHP's MYO-X (powered by MyoT12) is clinically proven to lower myostatin levels.  Subsequent research further confirmed that the active ingredients in this fecunded (dried) isolate of fertile egg yolk were not only absorbed and active in humans but also resulted in average serum myostatin temporarily dropping by an average of 46% in study subjects over approximately 12 hours.(16,17)

In conclusion, it should be clear that one can most certainly influence myostatin levels naturally. But  the real excitement comes when realizing it’s not just about massive muscle building. Inhibiting myostatin may be the key to speeding up recovery from serious injury or wasting illness. It also may be the key to a truly legitimate and safe way to stave off the aging process. Stay closely attuned to all this, as the future will reveal so much more.