On rare occasions, I will utilize the “junkloading” process in athletes who have freakishly fast metabolisms and who also have trouble flling out or who just need the extra sodium in their load to properly fill out. In the off-season, Günter ate massive amounts of food—he was not carb-sensitive and he was a very tall athlete who possessed elongated muscle bellies and competed at over 300 pounds. For most competitors, 8–10 ounces of baked potato is normal, but with Günter, his average baked potato serving ranged between 18–20 ounces.

Monday before the Mr. Olympia, we began the loading process. A normal carb-intake day for Günter was around 350 grams—on Monday that amount increased to 500 grams and it comprised clean carbs (potatoes, rice, and oatmeal).

Tuesday was more of the same; carbs were raised to 750 grams. Also during this time, I kept his water intake high. Decreasing water also slowed the manner in which his carbs digested, slowing his metabolism in the process. I found that I was able to back of his water intake only 8–12 hours prior to the show and never shut his water intake off completely. 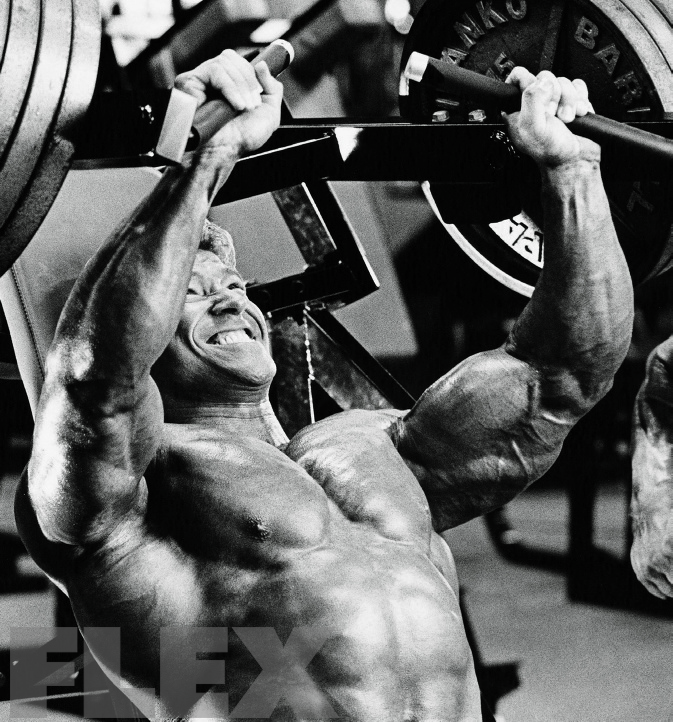 Thursday, we really pushed the carbs, and this was also a point where I had to be cautious because we were stepping completely out of Günter’s clean-eating comfort zone and getting ready to enter the junk-loading free-for-all zone. Up to this point, he had never incorporated junk foods into a carb-loading routine. I began this day with a clean-carb meal, and from there I went to a “controlled” junk meal, which consisted of a loaded double cheeseburger and an order of fries. During a normal carb loading, an athlete typically will eat carbs every 2–2 1/2 hours, but in this situation we could not do that—we had to listen to his body and watch to see how it responded. After the large carb meal, we needed about 3 1/2 to four hours before eating again. At that  point we went to a “fats” meal again (another burger and fries). That meal would enter his system quickly, so about 2 1/2 hours later, I came back with the large 500-gram clean-carb/simple-sugar-carb meal, and then 3 1/2–4 hours later we ate fats again.

On Friday morning, Günter was spot on and perfectly carb loaded. I now had the task of keeping this look balanced and maintained throughout the Friday evening pre-judging. We began Friday with a clean meal of steak and oatmeal. The next meal was a burger, and from there we went to a 500-gram carb meal. Meal 4 consisted of another burger. I began shutting his water down after Meal 3. He drank 8 ounces of water with Meal 4, and then his water was limited to sips from that point on. This plan, as extreme as it was, was also the key to Günter’s shocking the audience and the judges and grasping a fifth place finish at the 2002 Mr. Olympia! This goes to show that the perfect carbloading process is just as customized for the athlete as the contest diet itself.