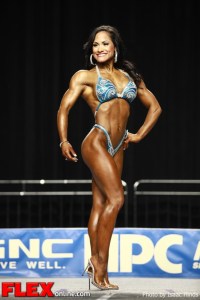 The fireworks are about to explode with the summer blockbuster of the year: promoter Jon Lindsay’s 2013 NPC USA Bodybuilding, Figure, Bikini, and Men’s and Women’s Physique Championships. Held July 26–27 in Las Vegas, NV, this is the premier pro qualifier in the West, so expect records to fall as the nation’s top amateurs put it on the line for the biggest jackpot of them all: an IFBB pro card. Class winners in men’s bodybuilding, the top two overall winners in female bodybuilding, and the top two in each height class for figure, bikini, and men’s and women’s physique will walk away as the newest members of the IFBB Pro League. That’s a whopping 53 pro cards!

For the past 30 years, the USA has been the gateway to greatness, a chance for the best amateurs in the nation to make their mark in the pros. We complied a list of the contest’s greatest winners, weighing not only the physiques at the time of their USA win, but what each went on to accomplish in their pro careers. Each has carved a place in the sport and attained bodybuilding immortality. Here, then, are the five greatest USA champions of all time. 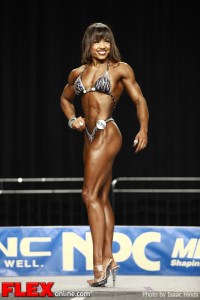 After wowing judges and fans alike en route to his heavyweight and overall titles at the 1996 NPC Orange County Muscle Classic and the NPC California Championships, “Marvelous” Melvin Anthony was the brightest new star on the amateur bodybuilding scene. His show-stopping posing routines that seemed to defy gravity were fast becoming the stuff of legend, and with a flowing physique highlighted by one of the smallest waists ever seen, it seemed only a matter of time before he followed former USA champs Flex Wheeler and Chris Cormier into the pro ranks. But Anthony placed third in the heavy class in his first pro-card bid at the ’97 USA and second in the newly formed super-heavyweight class in ’98. It wasn’t until the ’99 rendition that Marvelous finally graduated to the big leagues.

Anthony placed 11th in his Olympia debut in 2001, and in 2004, he won the Night of Champions. Anthony, who, throughout his career was often criticized for lacking the dry crispness to complement his natural shape and lines, answered back in 2008, dialing it in to win the Atlantic City Pro. In 2010, with the help of good friend Dennis James, he presented perhaps his best combination of condition and fullness to win the Phoenix Pro, his last contest appearance, to date. Anthony’s best showing at the Olympia was in 2006, where he placed fifth. 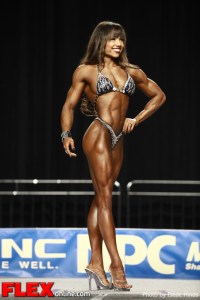 Prior to his first appearance on the USA stage, few people had heard of Dennis “the Menace” James. But with chest, delt, trap, and arm thickness reminiscent of his idol Kevin Levrone, and lats so wide he could have gone hang gliding on them, that was about to change. An American born in Germany and living in Thailand, James placed 13th in his first NPC contest, the 1996 Junior USA. He moved up to a sixth and a fourth at the 1997 Junior Nationals and Nationals, respectively. But in 1998, he stormed past contest favorite Melvin Anthony to earn class and overall honors and a pro card. After a dismal 15th in his pro debut at the 1999 Night of Champions, James came back in his sophomore season to notch two thirds, two fourths, a seventh, and missed the top 10 by one spot in his first Olympia.

In 2001, he placed seventh at the Olympia and won the Hungarian Grand Prix. Though he slipped to 10th at the 2002 Olympia, the following year he leapfrogged to fourth and entered his first Olympia posedown. His final pro wins came in 2009, at the Pro Bodybuilding Weekly Championships and the Europa Supershow. James made the majority of the posedowns in the 37 contests he competed in throughout his 12-year career. At the 2010 Olympia, he announced his retirement onstage and received a standing ovation. He finished 11th, the same spot he had placed in his Olympia debut 11 years prior. 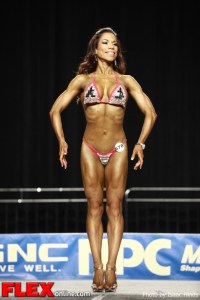 When Chris “the Real Deal” Cormier placed fourth at the 1991 USA, his first national-level contest, TV commentator Shawn Ray called the 23-year old Palm Springs resident a “genetic freak” who would be posing on pro stages within a year. Ray’s prediction was off by a year, as Cormier earned his pro card at the 1993 USA (he didn’t compete in ’92), but his assessment of the Cormier physique was right on the money. From head to toe, Cormier was the textbook depiction of perfect proportion.

Cormier placed sixth in his Olympia debut in 1994 and again in ’95. But it wasn’t until 1997 that he entered the winner’s circle at the Night of Champions. Cormier’s highest placing at the Olympia was second (1999, 2002); and his six runner-ups at the Arnold Classic, starting in 2000, is a record. All told, the Real Deal finished his 14-year pro career with 11 wins, including four consecutive Ironman Pro victories (1999–2002). Cormier’s strength in the gym was as legendary as his physique onstage. During his peak, he routinely pressed 200-pound dumbbells on both flat and incline benches and used weights one would associate with world-class powerlifters rather than with contest-dieting bodybuilders. 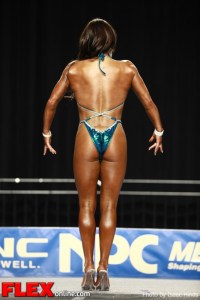 The Sultan of Shape, the “greatest bodybuilder to never win the Mr. Olympia”—these are some of the words used to describe Kenneth “Flex” Wheeler. In 1991, after placing second to Mike Matarazzo in the heavies in his first USA, Wheeler swept the ’92 rendition with perfect scores—and then hit the pro ranks running. He won his debut, the 1993 Ironman Pro Invitational and three more contests, including the Arnold Classic. His brilliant rookie season was capped off by runner-ups to Dorian Yates at the Mr. Olympia and the Grand Prix England contests. With “the heir apparent to Yates” practically added to his last name, Wheeler’s stock was skyrocketing, but in 1994, he suffered a near-fatal car crash that left him with a broken neck in two places. What should have been his “year” was now a painful struggle to regain his health. Defying the odds, Wheeler returned to the stage in 1995, won three contests, and placed second at the Arnold Classic and eighth at the Olympia.

In 1998, with reigning Mr. Olympia Yates forced into retirement due to injury, Wheeler was favored to sit atop the vacant throne but was upset by Ronnie Coleman. He placed second to Coleman again in 1999 and third in 2000, after which he announced his retirement due to a kidney disease. Wheeler returned in 2002 and placed seventh at the Olympia and after a third-place finish at the 2003 Ironman Pro Invitational, retired for the final time. He finished his pro career with 17 wins, including a record four Arnold Classic titles (1993, 1997–98, 2000) and five Ironman Pro Invitational wins. 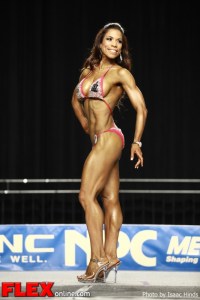 In 2003, Jay Cutler, the second-best bodybuilder in the world and featured guest poser at the NPC Northern Colorado Championships, met a 190-pound basketball player – turned-bodybuilder named Phil Heath. Impressed with the 23-year-old’s potential, Cutler kept in touch, and two years later, as Heath was winning the heavyweight and overall titles at the 2005 NPC Junior Nationals and stirring up a buzz, Cutler e-mailed photos of Heath to then FLEX editor-in-chief Peter McGough.

The buzz grew and grew, and soon Heath, the most talked about amateur since Flex Wheeler in the early ’90s, was given a prestigious Weider Publications contract — despite the fact that he hadn’t hit a single pose at a national-level pro qualifier. At the 2005 USA, with all eyes on the Gift, it was a landslide victory for Heath as he delivered on the hype and then some, coming in hard and dry with the confidence of a seasoned veteran. Three years after starting serious bodybuilding training, the heavyweight and overall trophies and the pro card were his. The rookie pro didn’t waste any time, winning his debut at the 2006 Colorado Pro and, a week later, the New York Pro, and qualifying for the Olympia. He skipped it that year, and in 2007, he finished fifth at the Arnold Classic.

Taking time off to add the needed torso and leg mass, Heath was once again the talk of the bodybuilding world after a dominating win at the 2008 Ironman Pro in late February. Only a best-ever Dexter Jackson was able to stop him two weeks later at the Arnold Classic. Later that September, Heath placed third in his Olympia debut. After a disappointing fifth place at the 2009 Olympia, he came roaring back in 2010 and placed a controversial second at both the Arnold Classic and the Olympia. The following year, Heath focused solely on the Olympia, and on the night of Sept. 17, his yearlong commitment resulted in the sport’s highest achievement: the Sandow trophy.

On the night of his USA victory, Heath may not have been as complete as Wheeler and Cormier, nor did he sport the brute thickness of James or exhibit the flair and showmanship of Anthony. But in the six years since turning pro, Heath has transformed his physique like no one before him. Following last year’s Olympia prejudging, Cormier proclaimed him the new Mr. Olympia, and Wheeler, stunned into momentary speechlessness, said, “This is something new and far beyond what anyone has done before.” Heath is the only USA champion—and only the 13th man in the Olympia’s 46-year history—to distinguish himself as Mr. Olympia.

Results of the 2016 NPC USA Championships