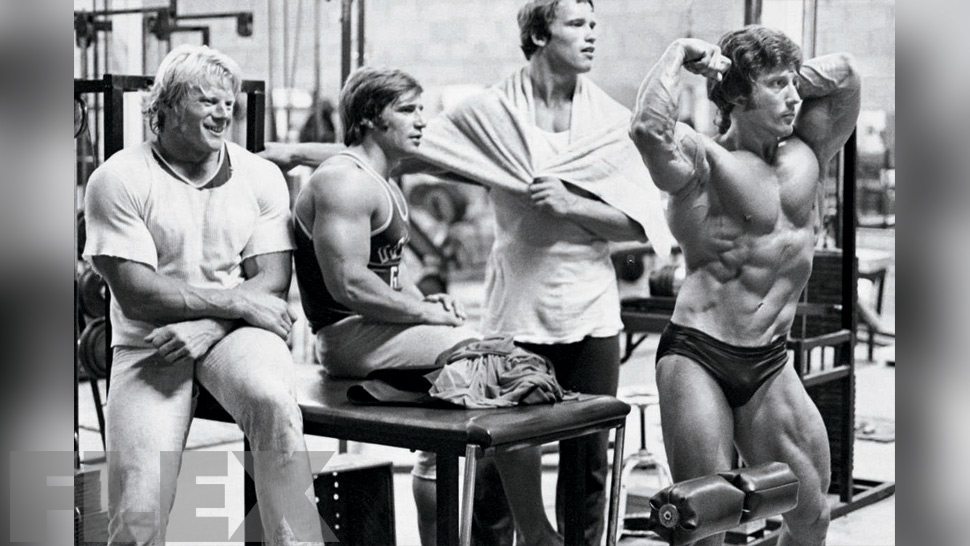 In the early to mid-’70s, during my competitive bodybuilding heyday, I recall how full of enthusiasm we were, all of us who trained at Gold’s Gym in Venice, California. Enthusiasm for training, enthusiasm for eating, enthusiasm for tanning on the beach, enthusiasm for life and, above all, enthusiasm for knowledge. We would all help each other to be more knowledgeable about training, diet and nutrition, and about how to become better bodybuilders. The feeling of camaraderie was intense, as we all encouraged and advised one another on how best to develop a lagging bodypart or improve nutrition.

At times, it seemed almost too good to be true. Here we were, grown men doing the very thing we loved most and getting rewarded for it. Gold’s Venice was like a bodybuilding hall of fame during that time. On an average day, it housed more champion bodybuilders per square inch than any other gym in the world — before or since. A bodybuilding fan could catch glimpses of me, Franco Columbu, Dave Draper, Ed Corney, Mike Katz, Ken Waller, Danny Padilla, Lou Ferrigno, Frank Zane, Bill Grant, Denny Gable, Kent Kuehn, Roger Callard, Eddie Giuliani and a host of others.

One of the great things about Gold’s back then was the atmosphere you experienced from the moment you walked in the door. Part of it came from the place itself. Gold’s Gym was a little concrete box that was less than 5,000 square feet on Pacific Avenue, just steps from the Pacific Ocean. With two large front windows that faced west and a door that was always open to let in the ocean breeze, the place felt very personal and inviting, despite the fact that it housed tons of iron and steel.

The equipment within the gym was perfect — hand-built by Joe Gold himself, as was the building. Every machine was the smoothest I’ve ever used, and every weight seemed to fit in my hand as if it was forged especially for me. I couldn’t wait to get in there and get my hands on all of that metal every day.

Even more inspiring than the building itself, however, were the people who inhabited Gold’s. Waller managed the place for a while and ran a tight ship. Dan Howard, another bodybuilder, was often behind the counter, as well. Of course, all the guys I mentioned could be found there at all hours of the day, toiling away at their trade. There was such a strong common bond among us — as if we all got an inside joke that eluded the outside world — that I considered us to be a kind of family, more than just a bunch of guys training at a gym. 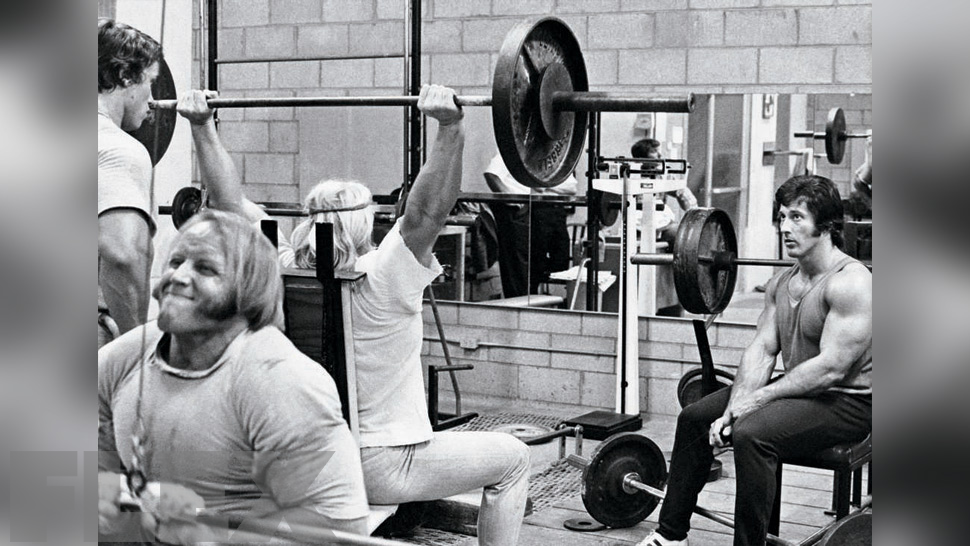 Mike Katz pulls, Schwarzenegger spots, Draper presses and Zane takes it all in. Little did any of them know that more than 30 years later, such average scenes from their daily lives would be immortalized in bodybuilding lore.

Although many of us had training partners, we were always available to help one another with a spot or motivation or even extra resistance when doing donkey calf raises. Even when some of us were training to compete against one another in the Mr. World or Mr. Universe or Mr. Olympia, we pushed and encouraged one another all the same. Of course, as champions, we shared that competitive flame within, but in the gym, the desire to outdo ourselves was stronger than it was to outdo one another. I knew that if I did better than my previous best, I had won the battle. I believe each and every one of my fellow Gold’s Gym members felt the same way.

The days I spent training at Gold’s are of immeasurable value to me, not just for the physique I built, but for the character they helped instill in me. Interacting with all of those great guys, reveling in the joy of being the best bodybuilder in the world and appreciating the effort it took to get there left me a level of inner strength and discipline I might not have achieved otherwise.

The days of the original Gold’s Gym may be gone, but the spirit that lived within its walls doesn’t have to be. I encourage you to train with all the joy that my Gold’s compatriots and I did back in the ’70s. If you do, I think you’ll find that enthusiasm breeds enthusiasm and that others will follow your lead.

Some people may lament the loss of the original Gold’s, but to me it was as much a state of mind as anything. If you take it upon yourself to set the tone of your time at the gym, you will not only create a great experience for yourself and others, you’ll give yourself memories of your own to make you smile decades down the road.