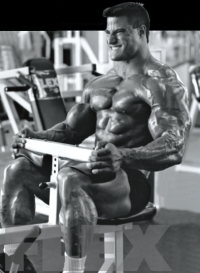 Every now and then someone arrives on the bodybuilding scene and upsets all expectations. The 1991 USA Championships featured future legends Flex Wheeler and Chris Cormier, who went on to win a collective 28 pro contests. But that same year, in only his second contest, an unheralded Bostonian stunned everyone by beating Wheeler and Cormier in the heavyweight class on his way to winning the USA overall and securing pro status on his first attempt. His name was Mike Matarazzo, and he was only 24. He subsequently became one of bodybuilding’s most popular pros—despite never winning a pro contest. 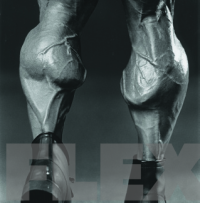 “The Boston Mass” was known for his hamlike arms, his capacious calves, and his propensity for sticking out his tongue when he crunched most muscular shots. In 32 pro contests during a 12-year career, he made the top five nine times. He may have been at his best at the 1998 Mr. Olympia, where he finished ninth in a stacked lineup. After retiring, he had open-heart surgery in 2004 and suffered a heart attack in 2007. He subsequently worked as a bail bondsman in Northern California. Sadly, Mike Matarazzo passed away on Sunday August 17, 2014, at just 48 years old, after being admitted to the hospital for heart complications.

Matarazzo didn’t have an ideal structure—his long torso trailed his limbs—but he’s fondly remembered for the passion he brought to his training and competition; for the out-of-nowhere shocker he pulled of in 1991; and for two of the best calves ever to grace a stage. – FLEX 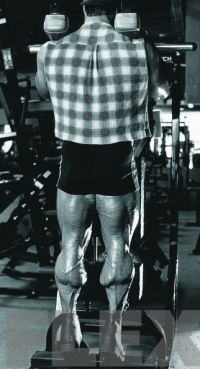 “After each set, I stretch my calves out thoroughly. Then I sit down and massage them briefly before I do my next set.”

“With calves, range of motion is key. I stretch and contract as much as I can on each rep. I get a peak contraction on every rep, holding it for a second or two.”

“I train my calves the same as anything else—hard and heavy.”

“I fully condone cheating on calf exercises, as long as you do the movement strict at the beginning and save the cheating for the end of sets.” 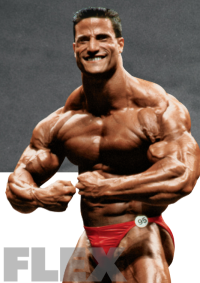 In his youth, Matarazzo was an accomplished boxer. He won the light-heavyweight Massachusetts Golden Gloves championships in 1985.