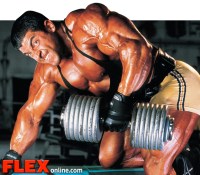 Growth hormone (also called somatotropin) secretion is regulated through the anterior pituitary in the brain. Growth hormone is responsible for normal growth and development as well as metabolic effects such as a) increased mobilization of fatty acids from adipose tissue; b) decreased rate of glucose utilization; and c) increased rate of protein synthesis. The pulsatile secretion of GH is tightly controlled by neurotransmitters of the brain including dopamine, serotonin, acetylcholine, and norepinephrine, as well as levels of glucose, IGF-1, and estrogens. GH is increased during highintensity exercise, but the effects are short-lived, as GH returns to baseline very shortly after exercise. The anterior pituitary gland is responsible for the acute increases circulating levels of growth hormone following bouts of resistance exercise, yet little is known about what happens to the anterior pituitary gland after years of resistance training. Researchers assigned rats random resistance exercise protocols. The resistance training protocol comprised climbing a 1m-long steel ladder, placed at an 85-degree angle, with a weight attached to a tail sleeve. The weight attached to the tail sleeve was increased progressively from 50 grams during the first session to 535g at the end of the study. This is equivalent to a human starting to exercise with weights and gradually adding more weight with each workout. At the end of the study, our furry friends had their heads whacked of , and their GH secreting anterior pituitary gland was examined under a microscope. They found that the exercising rats led to a greater GH secretory granule content (GH secreting cells in the brain) than other groups.

This is the first study to show that long-term resistance exercise training produces adaptations in somatotroph structure and function within the anterior pituitary gland. – FLEX