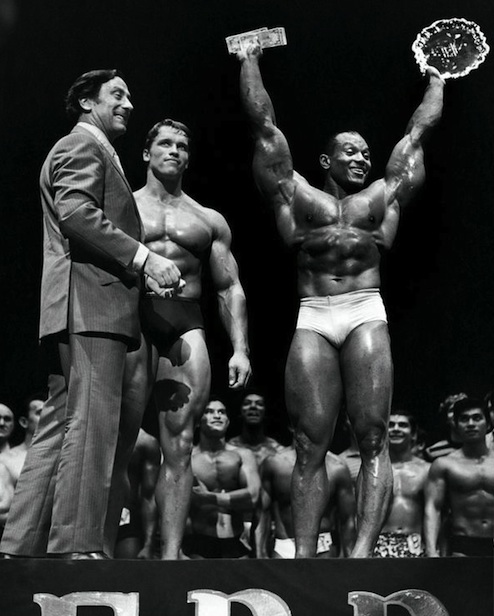 The world of bodybuilding is wrought with hard work and struggle, but few stories are quite as inspirational and unique as Sergio "The Myth" Oliva's.

Born to a sugar cane field worker in Havana, Cuba in 1941, Oliva joined the army to fight against Fidel Castro when he was just 16. When they were defeated, Oliva developed a passion for weightlifting—one he had a natural knack for—and went on to represent Cuba in the Central America Games.

Although he only took second place, that event would change his life forever. While in Jamaica at the Games, he ran away to the American consulate where he received political asylum and was able to leave for America.

He spent some time in Miami fixing TVs before moving to Chicago in 1963, where he continued to feed his passion for weightlifting. It wasn't long before he developed a reputation amongst local bodybuilders for his strength and immense physique—at just 5'10", he weighed 225 lbs. of almost pure muscle—leading him to enter regional competitions before joining the International Federation of Bodybuilders. In 1966, he won the Mr. World competition and entered his first Mr. Olympia, finishing fourth. In 1977, he won the Mr. Universe competition and the Mr. Olympia, officially becoming the undisputed bodybuilding champion of the world.

That same year, fellow bodybuilder Rick Wayne would give him his nickname, The Myth, thanks to constant descriptions from onlookers that he was "just unbelieveable."

The Myth went on to complete a Mr. Olympia three-peat when he won again in 1968 and 1969, besting Arnold Schwarzenegger in 1969, before the Austrian Oak caught up to him in 1970.

Oliva would go on to have a long and successful career, including a much talked about comeback to the Mr. Olympia stage in 1984, before he retired back to Chicago in 1985. By then, he had cemented a reputation as one of the best bodybuilders of all time.

See our gallery of all past Mr. Olympia winners >>

Everything you need to know about Mr. Olympia >>

Kross is eager to learn from those who paved the way in WWE.

Fight off the winter blues and get in killer shape with backcountry winter sports.