The Europa Supershow in Dallas is now behind us and needless to say, for those of us die-hard fans of the figure division, we were kept at the edge of our seats awaiting the results. The line-up featured some anticipated come-backs as well as a few pro-debuts.  What appeared to be a solid top 5 during pre-judging Friday afternoon quickly shifted a bit during the confirmation and final rounds on Saturday evening.

Alea Suarez and Larissa Reis were clearly battling for the top two spots during pre-judging and in the end, the judges preferred Alea’s overall look as she walked away proudly with her very first IFBB Pro win and an Olympia qualification. Alea has been placing consistently well since her switch from the bikini to the figure division. Her presentation was flawless and her overall look fit the standard the judges are looking for in figure. 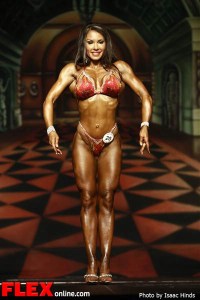 When Larissa Reis stepped on stage, there were gasps and wows all around. She is often marked down because of her muscular physique according to current figure standards, but this weekend she managed to find that balance the judges were looking for by bringing her best package ever. Even with a 2nd place finish, Larissa left an impression on all of us and if she is able to maintain this look she will be a force to reckon with in the future.  She missed the Olympia qualification but she’s not falling too far behind as she’s currently in a tie for second place due to the new point system. If she enters the next IFBB Pro figure contest, she might very well be stepping on the O stage in a few weeks. 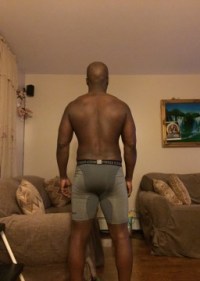 In her pro debut, exotic beauty Tatiana Koshman walked away with a 3rd place finish. A very statuesque physique, Tatiana will grow into the sport and make her mark for sure. Another pro-debut was that of Essence Monet, a gorgeous, tall girl, with a tiny waist, whose only tweak would be to bring down her lower body from the sides and behind a tad more. Still a 4th place finish is nothing to frown about as a new pro. 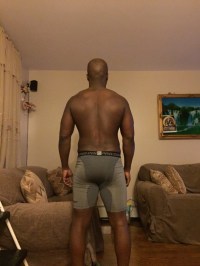 Fifth place finisher Tivisay Briceno looked phenomenal in this line-up, and so did Vicki Counts, who looked a lot better during finals and appeared to have moved up from her placing during the prejudging rounds to a 6th place finish.

The much anticipated return of Felicia Romero did not go as planned and she finished 7th. Despite her placing, she appeared extremely happy and confident on stage.

Kateria Tarbox, who just earned her pro card weeks prior at the Master’s Nationals placed 8th. According to the score sheets, there was a tie-breaker between her and GeorginaLona, who fell to a 9th place. Michelle Mayberry finished 10th and this lady has amazing lines and great potential and with a few more shows under her belt, she will be a top contender in the future.

A great show indeed, with some surprises all around, theEuropa Supershow in Dallas has gone down as one of the best shows of the year. Stay with us for more contest coverage, previews and wrap-ups of future competitions here on flexonline.com and don’t forget to follow our twitter feed for up to the minute call-outs and results @flex_magazine.

Written by By: Amanda Eva
Related Articles
Hers Workouts