We spoke to Jim Lorimer, promoter and co–creater of the Arnold Classic, and it’s official — Victor Martinez has officially withdrawn from the Arnold. As reported on flexonline.com yesterday, a knee injury will sideline Martinez for the March 2 contest. Martinez is reportedly undergoing surgery within the next few days.

Martinez, the reigning Arnold Classic champion and the runner–up at last year’s Olympia, was the undisputed favorite going into the contest. His withdrawal opens the door for a number of competitors to vault into the top spot at the Arnold.

We wish Victor a speedy recovery and hope to see him at full strength for the 2008 Mr. Olympia.We polled some of the competitors who will be entering the Arnold — and some who won’t — to get their reactions on Martinez’s unexpected and withdrawal. Here’s what they had to say.

SILVIO SAMUEL
ÂReally is rather unfortunate that this happened to great bodybuilder like Victor. To me it leaves the door open for everyone.
Actually, before this happened it was open because Arnold Classic is not a show one will judge before going. I know every competitor will be well prepared. HeÂs a great contender and now that heÂs out I think every good guy there has a chance to win.Â

PHIL HEATH
ÂItÂs definitely unfortunate to hear the news, no one wants to wish anything bad upon one another during contest time no matter how fierce the competition can be. IÂve had injuries in my basketball career and the last thing you ever want to think is that youÂre done – especially when youÂre Victor, coming off a great year in 07. It has to be heart breaking because he definitely is the heir apparent to Mr. Olympia. But heÂs a fighter. HeÂs fought his way up to this point and dealt with a lot adversity and heÂs continued to work hard so I would expect nothing less with his recovery. I want to see him at this best because thatÂs what we all here for. We want to compete against best in the world not a wounded soldier.
ÂFor the rest of us, itÂs leaving things wide open but I still have to be concerned with Phil Heath. I canÂt be concerned with anyone else. But really your training shouldnÂt change. This shouldnÂt motivate you to train any harder. You should be motivated because youÂre a professional and youÂre a competitor. It just holds me even more accountable because hereÂs an opportunity and I donÂt want to pass it up by slacking off. So I need to stick with the game plan and continue to be focused. I need to take care of business on February 6 in La and take care of the Arnold after that.Â

GUSTAVO BADELL
ÂFirst of all I want to wish the best recovery for him, I wish heÂs going to be okay after this. But people are talking like he was going to be first in any contest he entered and I disagree with that. Victor is not unbeatable. Victor is a guy with a good physique Âbut heÂs never bringing his condition totally dry. IÂm not saying VictorÂs not good, but I want to be honest. The condition we bring on the stage, we bring the best condition. He never brings that look Â heÂs got condition but heÂs a little watery always. I donÂt see Victor like Ronnie Coleman years ago, like Jay Cutler two years ago. VictorÂs a great talent but we got a lot of guys who want that title – itÂs Phil Heath, itÂs myself, itÂs Toney Freeman, itÂs Melvin Anthony Â we want it and weÂve been working really hard for it. IÂm a competitor and I respect heÂs a competitor too, but we talking about the reality Â VictorÂs condition is not the best condition. He is not unbeatable. He had to compete first and do a lot of comparisons with the rest of us.Â

CHRIS CORMIER
ÂThatÂs terrible to hear. But thatÂs the thing that I always tell people when they say ÂGive him a few years and heÂll be ÂÂ Â you canÂt bank on a few years. You never know whatÂs gonna happen in life. You might not make it. ThatÂs real life right there. I kind of cringe when people say things like, ÂHeÂs a Mr. Olympia in the makingÂ. But you canÂt bank on what someone is gonna do seven years from now.Â 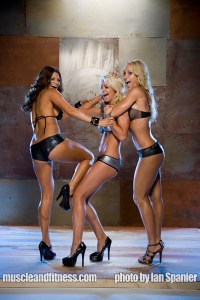 JAY CUTLER
ÂIt’s unfortunate when anyone in competition gets injured. I wish him the best through whatever he needs to do to recover.I wish him the best during surgery and hope he gets healthy and rests and is back onstage to compete in September. What does this do in terms of the contest? Everyone pretty much moves up one spot because Victor was probably going to win the show. On Victor’s end itÂs terrible. I’ve been a three-time Arnold champ so for him to prepare, especially being injured this close to the competition is even worse than getting injured 10 weeks from the show. HeÂs put in his time. I still think the show will lose a little excitement because of the loss.”

BOB CICHERILLO
ÂIÂm obviously disappointed to hear Victor wonÂt be defending his title. But on the heels of unfortunate happening is opportunity for somebody else. The bottom line is the show goes on. Now you have Phil Heath and Dexter Jackson and Toney Freeman bucking for that top spot, so it could be somebody elseÂs day to shine. What can anybody say really? ItÂs sad to hear. But I did get word that somebody out of the Heath camp was allegedly around the New York-New Jersey area a few days ago, and that a baton was supposedly involved. ItÂs probably just a rumor though.Â