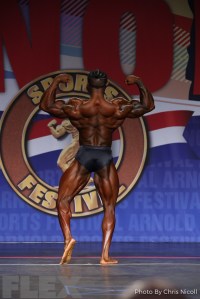 Q:I’ve heard that if you want big arms, you should focus on your triceps, because they make up two-thirds of your upper-arm mass. Is this true?

LEE: Well, yes and no. It is true that triceps constitute the majority of your upper arms. The rest is shared by biceps and brachialis. This doesn’t mean that you need to pay more attention to extension movements (for triceps) than contraction movements (for biceps and brachialis). You need to look at your arms as a whole when training them. This is the best way to maximize growth and strength.

Now that we got that little sermon out of the way, let’s talk about triceps. When I was competing, the guy with the most envied triceps in the game was Mike Christian. His triceps were very impressive — big, full and cross-striated. His were the standard by which all other triceps were measured, and I made it my goal to match or exceed even his level of development. Of course, each of us must work within our own genetic constraints. Christian happened to be blessed with great genes for triceps, and he certainly made the most of them. I figured my genes weren’t too shabby, either, and that with the right amount of effort, I could draw the judges’ attention away from his to my own.

As with all of my training, my motto for triceps is “Stimulate, don’t annihilate!” Arm muscles, in particular, are relatively small and, as such, can be easily overtrained. The idea is to hit the muscles hard and fast, and then get out of the gym and enjoy your life.

During the offseason, I used two triceps training routines, phase one and phase two, which I would alternate as a way to keep my muscles from becoming comfortable with a single system of training. Both phases began with triceps pushdowns, which is a great exercise for working the outer horseshoe head of each triceps and for warming up the elbows.

Next came lying French curls, also called lying triceps extensions or “skull crushers,” although I try to refrain from using the latter for obvious reasons (ouch!). This exercise places stress on the long inner head of each triceps, which is the meat of the muscle. When performing all triceps exercises, using proper form is essential. Try to keep your elbows as close to your body’s centerline as possible and, whatever you do, don’t drop the weight!

From here, the two routines diverge. In phase one, the third and final exercise was one-arm dumbbell extensions. I really like the stretch developed in the triceps with these. Just three exercises total, but I’d perform them with enough intensity that I couldn’t possibly do more.

In phase two, the third exercise was rope triceps extensions, which work the same area as the dumbbell extensions, only from a slightly different angle. The fourth and final exercise in phase two was reverse-grip one-arm cable extensions. These are a great isolation movement, which really create a pump in the targeted area.

This two-phase routine is somewhat advanced and should not be performed by anyone with less than a solid year of training under his belt. When followed twice a week for three months, it’s sure to add quality mass to that all-important 67% of your upper arm. 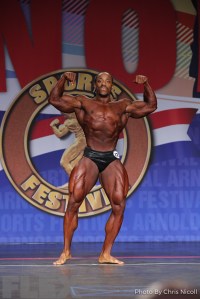