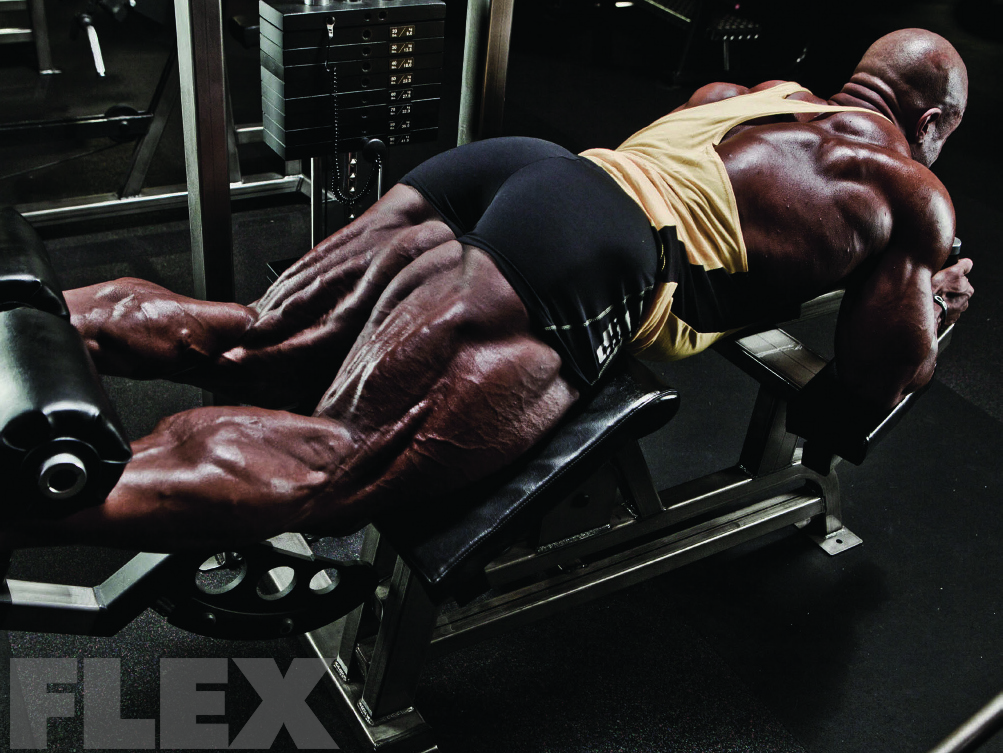 Twelve healthy, weight-trained men performed duplicate trials of single repetitions at 85% of their one-rep maximum (1RM) for leg curls, good mornings, glute-ham raises, and Romanian deadlifts, in random order, during which surface electromyography and joint angle were measured. What they saw was that in these subjects hamstring activity was maximized when doing the deadlifs and glute-ham raises. It should  be noted that other studies have not seen significant differences between exercises, but this could be due to differences in study design.

I’m sure some of you are thinking, “What about leg curls? Aren’t they the isolation exercise of choice?” Well, yes and no. In this particular instance, the subjects were actually using the gastroc (calves), ST, and SM to assist the BF to such an extent that the BF wasn’t actually working the hardest out of all the muscle groups involved. From many years of personal experience performing each and every one of these exercises, I can tell you that you can increase or decrease emphasis on various parts of the hamstrings with some practice (i.e., increasing proprioception).

I did not mention earlier that they also measured activity of  the calves and lower back. These two muscle groups nearly always come into play when training hams. The lower back is very active during any deadlift variation (including hyperextensions) and even during leg curls. For lower back, deadlifts and hyperextensions are pretty self-explanatory; the lower back keeps the torso rigid so that by tilting the pelvis forward and back you force the hamstrings to support the entire weight of the upper body. For leg curls, however, the connection is a little more subtle. If you’ve ever trained anybody, you’ve probably heard them complain that they feel their lower back tighten up to the point that it makes them want to stop. What is happening is the lower back is trying to lift the pelvis of the bench so that there is more hip flexion, effectively lengthening the hamstrings and taking advantage of the length-tension relationship. For calves, the gastroc actually crosses both the ankle and the knee. This means when the gastroc contracts, it points the toes and also flexes the knee. Again, your brain will attempt to use the gastroc to assist the hamstrings in flexing the knee during leg curls. In order to this, the foot is kept in dorsiflexion (toes pulled up) during the movement. If you want to see just how much work your hamstrings are doing, keep your ankles completely relaxed/loose during the movement.

In the end, you should include both a stiff-leg movement (i.e., Romanian deadlifts, hyper-extensions, or stiff-leg deadlifts) and leg curls. This will ensure all muscle groups are maximally activated.