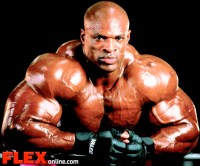 I keep hearing conflicting advice on rest times (between sets, exercises, workouts) and training times (length of exercises, length of time per muscle group). What is the long and short of it?

Time is an important factor in every aspect, from repetitions to workout intervals, but adhering to a specific time frame in your training should never be foremost in your mind. Length of rest periods, sets, exercises or workouts are always associated with intensity (how much effort you put into your training), and time and intensity are inversely related. The harder you train, the faster you fatigue the muscle and the shorter your workout should be. Conversely, the less intensely you train, the longer it takes to fatigue the muscle.

There’s one more variable in the equation: proper execution of the exercise to get at the target muscle. Some bodyparts, such as biceps, triceps and shoulders, can be quickly fatigued with very few sets, as contrasted with back, chest and quads, which are larger, more complex and more remote from the weight. In the latter cases, more sets or exercises may be needed. Do not, however, use that as an excuse to substitute longer and easier training. Always push yourself to reach fatigue quicker by increasing the weights and intensity. 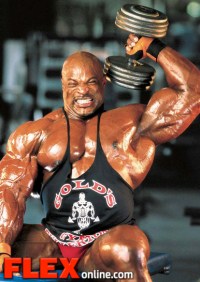 Most important, focus on the muscle. Time and intensity are the factors that balance the equation, but the entire equation is meaningless without focus. Make sure the target muscle is the one that reaches fatigue first, rather than the ancillary muscles. This applies particularly to chest and back where your arms — and shoulders, if you’re working the chest — can fail first, ending the exercise before your chest or back is fatigued.

If your goal is to shorten your workout, do not sacrifice intensity for time. Make sure you get enough rest between sets. Intensity, after all, is the strength or power with which you resist the weight, and it has to be at or near its maximum for every set. Just as I never lollygag my way through a workout, neither am I concerned with rushing it. I don’t count seconds or minutes between sets, but I do rest just long enough to catch my breath so I can give a hearty effort on the next set. Now, I’ve reached a level of efficiency where I get an optimum workout in a very short amount of time.

What am I thinking about during those workouts? Not time, not poundage, but getting the muscle to squeeze and pump as quickly as possible. Ideally, I’d love for that to happen during the first rep, but then I feel an even better pump during the second, then the third, and so forth, until I don’t feel any more pumps during the 10th or 12th rep. After another set or two to confirm that the muscle is filled to its capacity with blood, I’m convinced — but not satisfied — that I’ve done my job. I want that bursting pump to come quicker next time. – FLEX