In the last installment (January FLEX) of the H.U.G.E.® Weider Training Principles series,  we examined:

Peanut butter and jelly. Bow and arrow. Popcorn and movies. Some things just function better as a duo. And so it is with exercises—if you’re a careful matchmaker. Pair two lifts correctly and their synergistic effect can be greater than the sum of the parts. Colloquially, these couplings get the coolest name in the gym: supersets. Technically, though, they’re either supersets or compound sets. We’ll get to the definitions momentarily, but whichever technique you choose, adding the right  dynamic duos to your routine can shrink your workout time and boost your workout effectiveness.

Intensity is increased by pairing two exercises for antagonistic body parts and doing a set for each without resting. This is a superset. There are six body parts that have clear antagonists: chest and upper back, quadriceps and hamstrings, biceps and triceps. Let’s look at a quads/hams superset of leg extensions and seated leg curls. As soon as possible after finishing 10–12 reps of leg extensions, start 10–12 reps of seated leg curls. These 20–24 reps count as one superset, and only after them do you rest. Generally, similar exercises done for similar rep ranges are supersetted, thus we paired two machine isolation lifts in our example.

H.U.G.E.® superset workout pairs three triceps exercises with three biceps exercises. You should be able to do the second half of each superset with the same equipment as the first half, at or near the same station. For example, after doing 8–12 reps of extensions while lying on a flat bench, stand up behind the bench, grab the same EZ-bar, and curl it for an additional 8–12 reps

This tenet prescribes the same protocol as for super-sets. The difference is the paired exercises are synergistic, meaning they’re both for the same body part. Unlike our superset example, compound sets usually comprise dissimilar exercises. For example, you might combine leg extensions (a quad-isolation machine exercise) with standing lunges (a compound free-weight exercise focused on the quads, glutes, and hams).  Note: Since most bodybuilders refer to any pairing of different exercise sets—whether antagonistic or synergistic—as a superset and the act of doing so as supersetting, we at FLEX do the same. 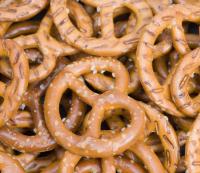 These are the pluses of pairing sets of different exercises.

Forgoing rest between the two sets lets you maximize gym time and shorten your workout. You can further quicken the pace by eliminating rests between supersets and instead go back and forth between two antagonistic exercises until all sets are finished.

Combining two dissimilar exercises essentially creates one big set that’s unique from either of the two exercises alone. One half of the superset enhances the other by stretching one body part while contracting the other. You can also localize the pump by pairing two movements for different areas of muscles, such as incline presses with decline presses, or lifts that target different muscles of the same body part.

There are two potential pitfalls to pairing sets of dissimilar exercises.

To really fire up intensity you can do pre-exhaust compound sets. Immediately follow an isolation-exercise set with a compound-exercise set for the same body part. For example, if you follow barbell curls with rack chins without pausing, virtually all of the focus of the chins will be on your already taxed biceps and little will be on your back. You can even utilize the same resistance for both exercises in a pre-exhaust compound set. For example, do incline dumbbell flyes until you reach failure and then segue immediately into incline dumbbell presses. Pre-exhaust compounds let you continue beyond your failure point in the first exercise by incorporating secondary muscles to help you keep plugging away in the second exercise.