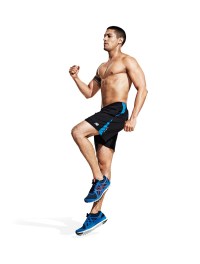 Q: How can I incorporate corrective exercises into my workouts? I have a shoulder that acts up (probably a result of too much bench pressing), and I thought of trying some rotator cuff exercises.

A: I’ll give you two examples of how I incorporate these structural balance exercises into a training program.

The first workout is a bodybuilding workout for the upper body; at the end of it are two structural  balance exercises per- formed as a superset.

The second work-out is for functional hypertrophy with  an emphasis on  arm training. It also contains a structural balance superset, but it is performed at the beginning of the workout.

Which format is better? First, consider  that because people  have such busy schedules today, they sometimes  skip the last few exercises in t heir workouts. If structural balance is a major concern for you, perform these exercises first. To show you why, I’ll tell you about a woman I trained years ago who broke the world record in the bench press. Before she broke that record, I determined that weakness in the muscles that externally rotated her shoulders was affecting her strength. To correct this structural imbalance, I had her perform workouts in which she performed rotator cuff exercises before she bench pressed.

Finally, look at  these workouts as  examples—don’t  think you have to use  these exact prescrip tions. The important thing is to follow the principles behind their creation. 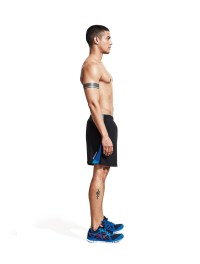 Q: I’m over 40 and have been diagnosed low testosterone. I’m considering testosterone replacement therapy, but before trying that approach I would like to know if there are natural ways to increase this hormone. What can you tell me?

A: Testosterone replacement therapy (TRT) is on its way to becoming a billion-dollar industry; creative advertising campaigns are encouraging more men to consider this treatment. However, TRT is a serious intervention, and you’d be wise to do your homework before making your decision.

First, I encourage you to read Nelson Vergel’s Testosterone: A Man’s Guide: Practical Tips for Boosting Physical, Mental and Sexual Vitality. Vergel has conducted more than 500 seminars on this subject, and his book provides insight on the facts and common misconceptions concerning TRT.

One point Vergel emphasizes is that TRT is a lifelong commitment with many associated risks. Men can’t cycle on and off testosterone (T) to give their body a rest. Vergel says that when men take testosterone, their testicles stop producing it; therefore, when they cycle off, there is no testosterone in their system. Vergel points out that this can lead to depression, weight loss, lack of motivation, and loss of sex drive, all of which can appear rapidly and with a vengeance. He says that some men “never have their hormonal axis return to normal after stopping testosterone.”

What you need to consider is that there are many interconnected reasons for low T, such as exposure to chemical estrogens, lack of nutrients in today’s foods, diets that don’t provide the building blocks for the body to make testosterone, and lack of physical activity.

In the area of supplementation, you should first be certain you are getting enough vitamin D. Supplement with vitamin D and get your blood levels tested to make sure you get enough. The Vitamin D Council recommends a blood level of 50ng/ml.

Although other nutrients are just as important as vitamin D for testosterone production, taking vitamin D may be the most valuable tip I can give you because the relationship between this nutrient and T has just been identified. A study that came out at the end of 2011 found that men who were deficient in vitamin D (a level below 20ng/ml) had much lower free T and higher estrogen. They also had more body fat, less lean mass, greater chance of depression, higher rates of cardiovascular disease, and poorer fertility than men with higher vitamin D levels. The men with adequate vitamin D (above 30ng/ml) had the leanest body composition, higher free T, and better overall health.

This news was followed up with a groundbreaking study on the effects of vitamin D supplementation in men with vitamin D deficiency who also suffered from low T. The men were given either a supplement of 3,332 IUs of vitamin D or a placebo daily for a year. Taking the vitamin D supplement increased free T by a robust 20 percent—the supplement also brought vitamin D up to 36ng/ml, a completely adequate D level for health. The placebo group had no change in testosterone or vitamin D.

Vitamin D supports T production because there are vitamin D receptors on the cells in the glands that release T. In addition, vitamin D is thought to inhibit a process called aromatization, in which T is changed into estrogen in men.

There are other important supplements that can help raise testosterone levels, such as zinc and magnesium. I urge you to try the natural ways to increase testosterone before considering a life-changing decision to commit to a lifetime of hormone replacement therapy.

Follow these tips to stay shredded as you pack on muscle.