The deltoids are composed of three heads — front, middle and rear. Shoulder presses build mass on the front and middle delts, but you need a variety of raises to put laser-like focus on each head individually. Most workouts should involve lateral raises for the middle delts and bent-over lateral raises for the rear delts. To put some extra polish on your front delts, a great exercise is barbell front raises. Stand holding a barbell across the front of your thighs with your feet shoulder-width apart and knees slightly bent. Hold the barbell with an overhand grip, with your hands spaced about shoulder-width apart. Lift the bar straight up and out in front of your body until your arms are just past parallel to the floor. Pause for a moment at the top before slowly lowering the bar back to the start. 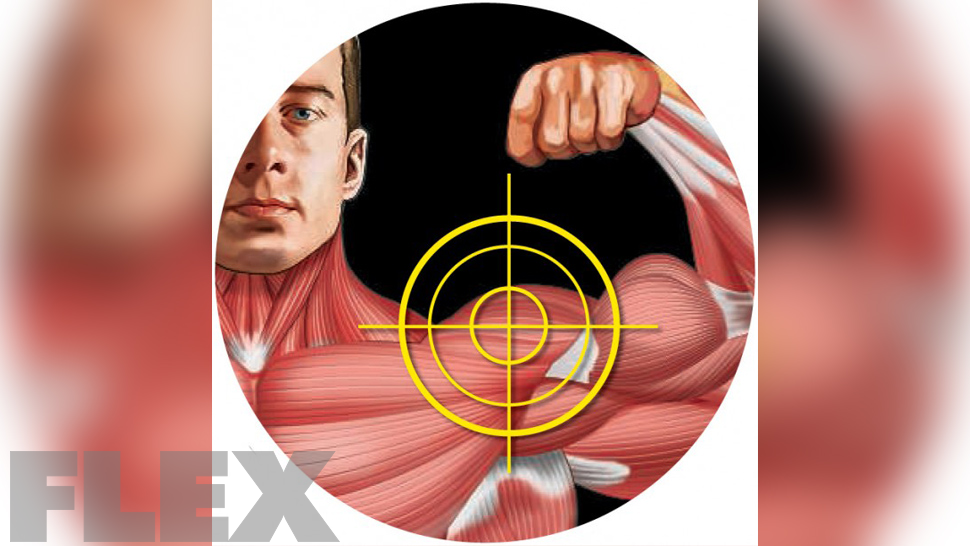 WHEN TO RAISE THE BAR

The best time to do barbell front raises is after shoulder presses and lateral raises, but before exercises for the rear delts. This is because the front delts and middle delts work together on shoulder presses. So it makes sense to follow presses with exercises that isolate these two heads. Since the middle delts are more critical for shoulder width and roundness, hit these first after presses, then follow with front raises.

As the name implies, the front or anterior head of the deltoid is found closest to the front of the body, where it attaches to the common tendon that is shared by the other two deltoid heads and attaches to the humerus (upper arm bone). The front delt is responsible for flexing the upper arm (which raises the arm in front of the body, as in front raises). It also assists the middle deltoid head in performing a movement know as abduction —raising the upper arm out to the side and up, as in lateral raises.