Defense: Ascending pyramids are not only effective for building muscle size and strength but they also help reduce injury risk by gradually increasing the weight each set.

Prosecution: Descending pyramids allow you to go heaviest when you are strongest and therefore can lead to greater gains in muscle strength and size. 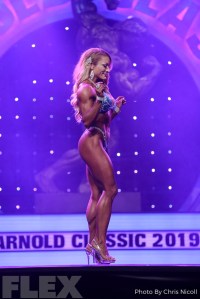 The DeLorme method employs three progressively heavier sets for 10 reps each — the first at 50% of 10-rep max weight, the second with 75% of 10 RM weight and the third at 100% of 10 RM. So only the last set was taken to muscle failure.

The Oxford method starts with 100% of the 10 RM on the first set. On sets two and three, the weight is reduced just enough to allow 10 reps to be completed. So all three sets were taken to muscle failure.

The DeLorme method increased the subjects’ 10 RM on the leg extension by about 160 pounds; the Oxford method subjects increased their 10 RM by 150 pounds. Although the researchers concluded that the 10-pound difference was not statistically significant, there was a slight trend for greater muscle strength with the ascending pyramid. The researchers did not measure changes in leg muscle size.