Kai Greene won the New York Pro twice, in 2008 and 2011. On May 17 at the Tribeca Performing Arts Center, Mamdouh Elssbiay will attempt the same feat. If he succeeds, his will be back-to-back wins over two consecutive years. Not only was the 2013 New York Pro Big Ramy’s first pro win, it was his pro debut. This year’s show will be only his fourth bodybuilding contest. But, as in life, there are no guarantees on bodybuilding stages. Other New York Pro winners have attempted to defend their titles, only to fail. Ask Darrem Charles. Ask Roelly Winklaar. Ask Cedric McMillan.

On paper, it might look like Big Ramy has a lock on this contest, but there will be no shortage of IFBB Pro League bodybuilders gunning for the No. 1 position and the Olympia qualifcation that goes with it. New Yorkers Juan Morel, Jon Delarosa, and Neil Champagnie will all be back from last year. Victor Martinez traveled up to Canada last May and relegated Fouad Abiad to second in his own city at the Toronto Pro Supershow; now Hoss is coming to Martinez’s stomping grounds to throw down. Likewise, Steve Kuclo, third in the Big Apple two years ago, is heading north from his native Texas to represent. Also throw in the mix a couple of mass monsters named Max Charles and Akim Williams, who are both making their pro debuts.

There will be others. Behind the Olympia and the Arnold Classic, the New York Pro is the most hotly contested show on the IFBB Pro League calendar. It always attracts a bevy of talent, much of it international. Inevitably there will be disappointed guys returning from the Arnold Brazil three weeks before and the Dallas Europa the week prior, all looking to redeem themselves. FLEX got on the horn with IFBB pro Dennis James to find out what the Menace thinks about some of this year’s front-runners. 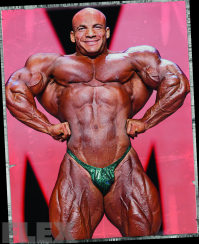 DJ SAYS: “If he brings the condition he had last year or even better, he’s the favorite to win this show again. From the pictures we’re seeing of him online at a hard 340 pounds, it looks like he’s going to be so much better than last year. He’s expecting to be at least 10 pounds heavier with the same symmetry, the same flat stomach, everything the same. If he does that, it’s potentially game over. As his body matures we’ll see more detail and separation in his physique.” 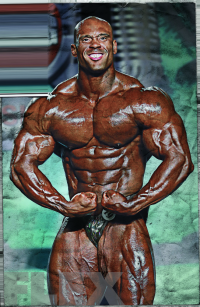 DJ SAYS: ”Juan has been working very, very hard, and he’s very, very dedicated. If he nails it and comes in a little fuller this year, especially in his legs, he’ll be fghting for a top spot again. His height and his frame make him dangerous. He’s won a pro show; this guy is no joke.” 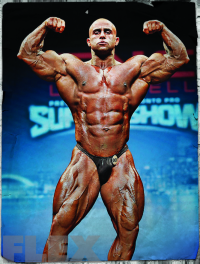 DJ SAYS: “Here’s a guy who isn’t particularly on a lot of people’s radars, but he’s going to do damage. Fouad knows that this is his year to put up or shut up. He’s determined. He got up to 300 pounds in the off-season and kept it for a while until he started his contest diet. If he can bring the Fouad that I think he can, then he stands to be the most muscular guy on that stage next to Ramy. He’s a veteran, so he knows what to do up there. He’ll need to bring the condition with the fullness. He fattens out in certain areas, but if he corrects that, he’ll be battling for a top spot.” 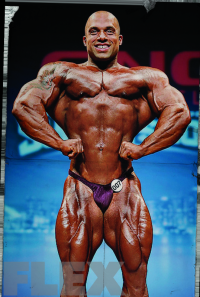 DJ SAYS: “Jon impresses me a lot. I saw pics of him 9½ weeks out from the Arnold Brazil. He has all the size in the world, beautiful shape, a very small waist, and two big quads. If he nails his condition, he’s top three or four for sure. Jon needed a couple of years, but now he’s starting to come alive and we can all see how it’s starting to come together for him.” 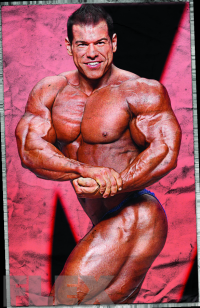 DJ SAYS: “Look, this is another guy who’s a potential top three or four in this lineup, if he nails it. He’s got the size, the shape—he won Dallas last year. The NY Pro is agood show for Steve because he’ll get to stand next to bigger guys and compare. The only thing I worry about with him is that his track record isn’t very consistent. He’s doing the Arnold in Rio and three weeks later he’ll be in Manhattan. It’ll all depend on which show he chooses to peak for. If he peaks for the Arnold, he’ll have to try to hold that for three weeks, which isn’t easy. But we’re talking about a top fve guy here, even on a bad day.” 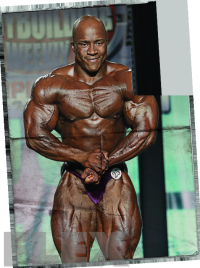 DJ SAYS: “Jonathan got up to 265 this off-season, which is the heaviest he’s ever been. Up to this point, he’s placed kind of in the middle at smaller shows. This is the year we’re expecting to see him step up his game. Top 10 would be great for him at a show of this caliber. We’ll see what he can bring to the Manhattan stage.” 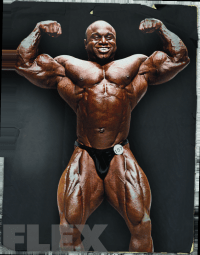 DJ SAYS: “This is a guy who has a lot of potential. The thing with Akim is he needs to figure out how to get into really good shape. He has all the muscle in the world, and he’s strong as hell. But the guy seems to have thick skin, which hides a lot of detail and separation. Can he figure out how to thin that down and show us what’s hiding underneath? This is his first pro show, so I doubt it. But I’ll tell you this: if he does he’s a threat to all the top guys—Ramy, Steve, Juan, Jon, and Fouad. The potential is unbelievable with Akim. All he needs to bring is paper-thin skin." 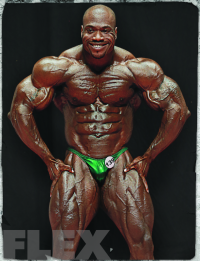 DJ SAYS: “I saw him win the USA last summer. He was the best bodybuilder on that stage. I told him then, ‘You’re the best amateur in the United States right now, but in the IFBB Pro League you need to start from the beginning.’ What Max needs to do is bring up his quads. I told him that, too. I don’t know if he did in the 10 months between the USA and the NY Pro. I don’t know if it’s even possible. A lot of guys train for years and they train hard, but certain body parts just don’t respond like others. Things don’t just start growing because you turn pro. Max has top 10 potential as he is, but I need to see some improvements over the USA to have him in my top five.” 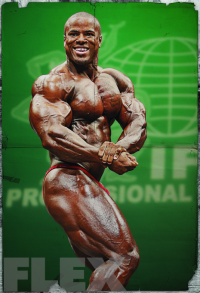 DJ SAYS: “This man has unbelievable shape. I love his physique. Honestly, I had him fifth last year. If anybody in the top five this year slips, and Neil is holding onto his size and condition, he’s in there. I know he got up to 270 this off-season, but that doesn’t mean a lot to me. I used to get up to 300 and I thought I was big, but you can’t count how big you are if you’re not in shape. On the other hand, I’ve seen Neil compete twice and both times he was in shape. He has a good track record. One mistake I hope he avoids is how some guys feel they just need to get bigger and wind up blowing out their shape, especially in the midsection. We don’t want to see him do that.” – FLEX