It was Media Day Thursday, December 13 at Sony Pictures for the upcoming season of American Gladiators, so we shot down the 405 Freeway to get a first-hand look at the revamped cast, which includes four IFBB athletes Â two from the figure ranks and two from fitness.

Valerie Waugaman and Jamie Reed make up the figure contingent, while Tanji Johnson and Beth Horn represent the fitness ranks. Check out the gallery of the set and of the new Gladiators.

The first episode of American Gladiators will air on NBC on Sunday, January 6 at 8 p.m. 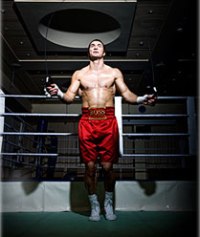