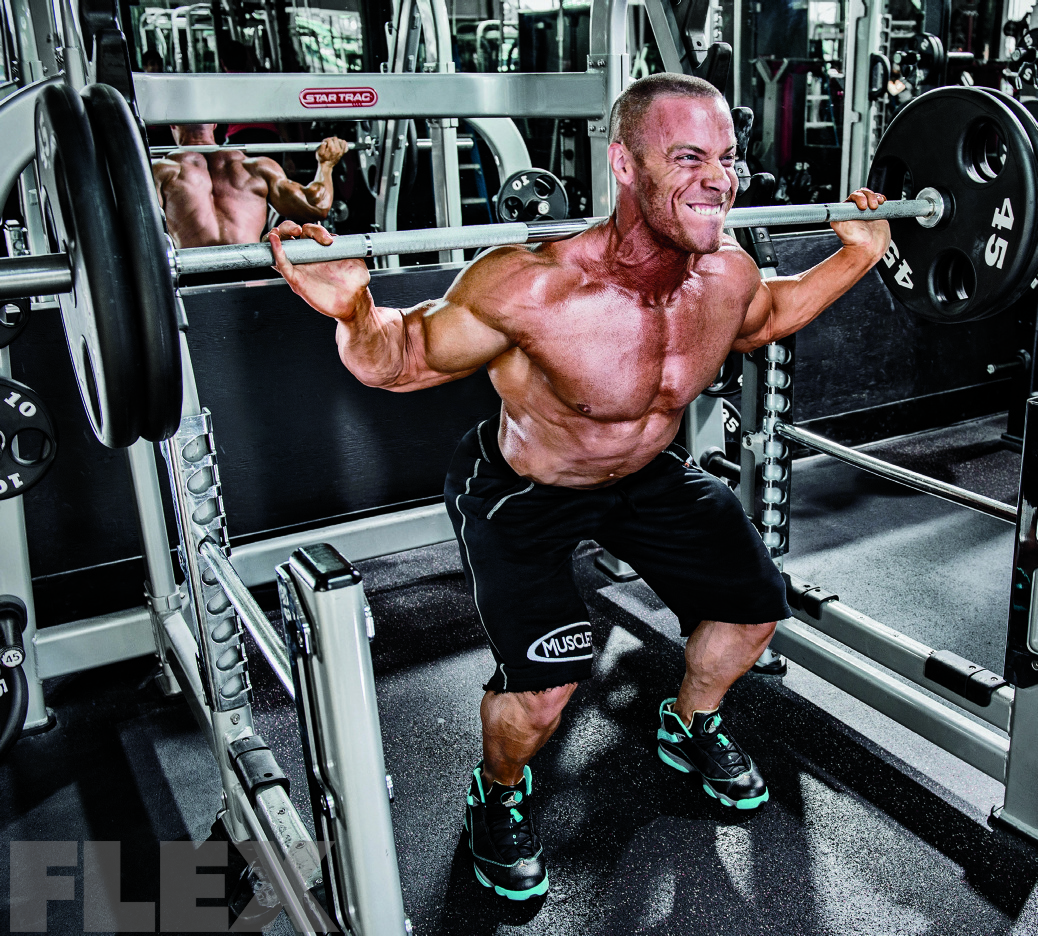 The University of Tampa experiment was a double-blind, placebo-and diet-controlled intervention study in which Phase 1 (eight weeks) was a nonlinear periodized resistance-training program; Phase 2 (two weeks) was an overreaching cycle; and Phase 3 (two weeks) was a taper. The results the subjects experienced, which were subsequently published in the European Journal of Applied Physiology, were downright impressive. 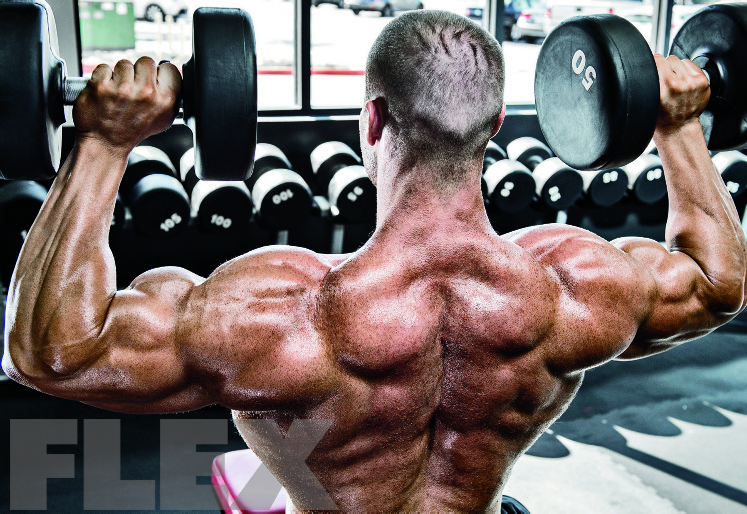 Twenty-four well-trained males participated in the study and were separated into two different supplementation groups: those who took BetaTOR (generically called “HMB free acid” in the published study) in the exact same dose found in the MuscleTech Clear Muscle formula; and those who took a placebo instead. At the end of the 12-week program, the BetaTOR  group showed average increases in strength of 36 pounds on the squat, 28 pounds on bench, and 62 pounds on the deadlift (all numbers converted from kilograms and rounded to the nearest pound), compared to 16, 8, and 31, respectively, for the placebo group. The BetaTOR group also showed significantly greater increases in power (as measured by the Wingate peak power and vertical leap tests) versus the placebo group. For all strength and power metrics, gains were made over the entire course of 12 weeks for the BetaTOR group, with increases shown at four, eight, and 12 weeks; in the placebo group, strength actually decreased in the bench and squat in the last four weeks, and was virtually unchanged in the deadlift over that same period.

In a groundbreaking clinical study, the key ingredient in Platinum 100% Whey helped test subjects build 5.1 pounds of lean muscle and add 14 pounds to their bench press.

Perhaps most impressive were the enhancements made in body composition. At the end of 12 weeks, the BetaTOR-supplementing individuals gained, on average, 16 pounds of lean body mass (pure muscle) while losing nearly 12 pounds of body fat, versus just five pounds of muscle gained and four pounds of fat lost for the placebo group. In the supplemented group, that’s only a net gain of four pounds of body weight—which may look insignificant on the bathroom scale, but represents a drastic change in body composition that will be readily apparent in the mirror. 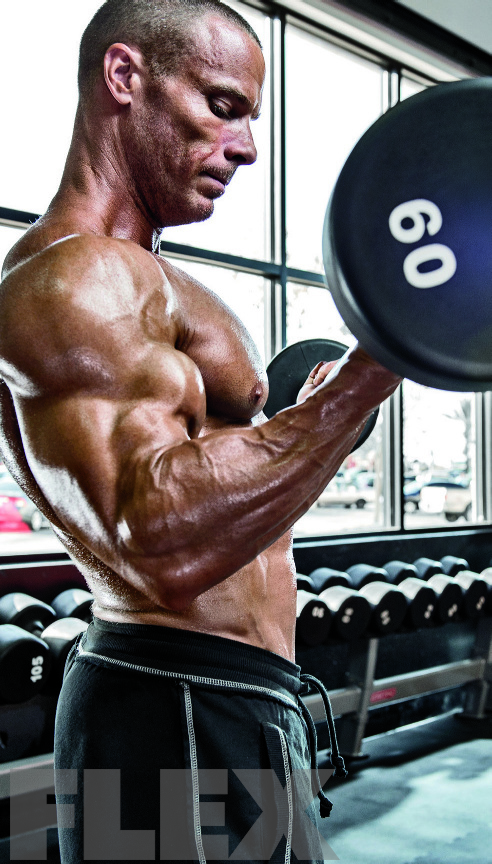 Subjects using Clear Muscle gained 16 pounds of lean muscle during a clinical study at the University of Tampa.

The Clear Results training program laid out here (Phases 1 and 2) as well as in the upcoming Phase 3, is the exact protocol followed by the University of Tampa subjects. Follow it to the letter along with the recommended diet and supplement regimens (specifically the Clear Muscle products), and you can expect to see results similar to those found in the Tampa study.

During Phase 1, you’ll train three days a week (Monday, Wednesday, and Friday), doing bench presses, squats, and deadlifts in each of those workouts, followed by assistance work on Monday and Friday.

In Phase 2, training frequency is ramped up, as you’ll be lifting all five days during the week, hitting the big three lifts in each of those workouts and assistance work on all days except Friday. 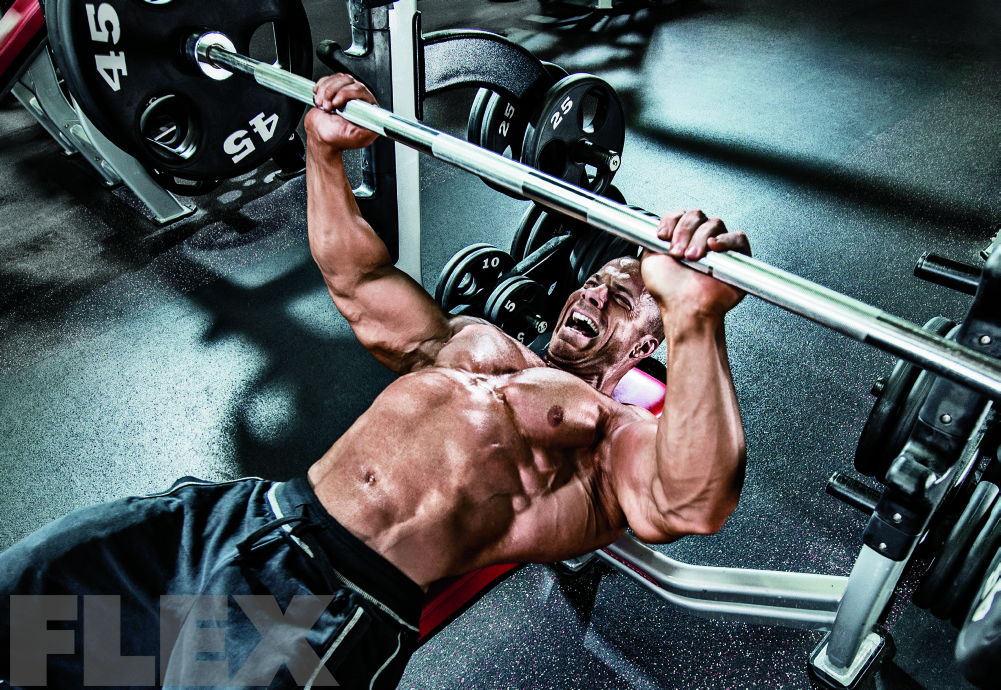 Training the same lifts—bench, squats, deads—five days in a row? Yes, which is why they call it “overreaching”—because it’s more frequency than you’d normally do in your training as you push yourself for greater gains. But with only three sets of each exercise per workout, total volume is kept at an optimal level. Not to mention, Clear Muscle, in addition to proper food intake, will ensure adequate recovery, thus allowing the overreaching phase to be effective. The Tampa researchers concluded that BetaTOR supplementation “enhances hypertrophy, strength, and power following chronic resistance training, and prevents decrements in performance following the overreaching.” – FLEX

Return to the CLEAR RESULTS CHALLENGE.

6 Tips to Strengthen Your Focus

Learn which resistance bands to use and how to use to your advantage.