When it comes down to healthy eating, it seems there’s more food for thought than the average brain can digest. The list of fad diets is endless—Atkins, the Seven Day Color Diet, the Hollywood Diet and even the Cookie Diet amongst a never-ending conveyor belt of nutritional nonsense.

However, what most fad diets have in common is their lack of stamina. After the initial hype is over, most fizzle out only to be replaced by the next big thing. Only the most practical diets endure the test of time; think Darwinism, survival of the fittest and all that. One such survivor is the Gracie Diet.

The Beginning of BJJ

In the world of 21st century martial arts, few names are more revered than Gracie. Hailing from Brazil, they are the largest family of athletes in the world and the pioneers of Brazilian Jiu-Jitsu—the self-defense system that revolutionized martial arts and spearheaded the global rise of the UFC and Mixed Martial Arts back in the 90s. The family diet, claims Rorion Gracie, co-founder of the UFC and the man who brought BJJ to the United States, is the unsung hero behind their extraordinary success.

Carlos Gracie, Rorion’s uncle and the first Gracie to practice jiu-jitsu, established the diet during a period of 65 years of research and experimentation. Decades before the health boom of the 80s and 90s, Carlos understood the connection between nutrition and physical performance and it was a relationship that was particularly important if you happened to be a Gracie. Due to the nature of the Gracie Challenge, in which martial artists of all styles were invited to test their skills against Gracie Jiu-Jitsu, family members had to be capable of defending the clan’s honor at any give time. Although not a professional nutritionist, Carlos knew that a poor diet would inevitably lead to poor performance. 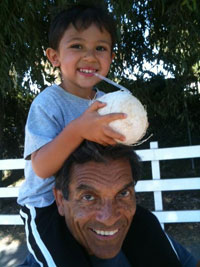 Thus the Gracie Diet is all about eating natural foods and combining them in such a way as to ensure optimal digestion. “It is ideal for the average person,” says Rorion, “since it allows the consumption of virtually anything. The main difference is HOW you combine the foods within each meal.”

The keyword here is indeed combinations. The Gracie Diet is not a restrictive program in terms of what you can and can’t eat; its chief tenet is that you only combine certain food groups at one sitting. Three meals a day, four and a half hours apart with no snacks in between. By combining the right foods, problems that may otherwise occur during digestion are prevented and this can have a positive effect on weight control and general health.

Foods are separated into six groups:

At first glance, all this thinking might seem like a hassle but Rorion, who has written a book specifically to assist new recruits, insists that given time, the information will become second nature: “The book has a very gradual approach on how to implement the changes making it very easy for anyone to adapt, and we also provide support through our site where you can find an interactive list of foods that show you what combines with what.”

Besides food combinations, other things recommended by the Gracie Diet are fasting one day a month and also acquiring the habit of eating until you’re approximately 80 percent full. “Fasting has great health benefits because it allows for a house cleaning of your body,” says Rorion. “It is recommended for people over 40 years old but not for pregnant women. As for eating until we’re 80 percent full, it’s important to remember that the reason we feel hunger is to remind us to nourish our body, not to stuff our faces! You should leave the table knowing you could eat a little more, or just eat 80 percent of what’s on your plate.”

Rorion insists that while the diet has no official scientific endorsement, the health and longevity of his family and thousands of Gracie Diet practitioners across the world are testament to its worth.

“In order for any diet to be validated,” says Rorion, “it should be tested or followed for 30 or 40 years. So that by then, one can see the actual result it has produced. Most diets do not go through this endurance test and that is why they become ‘fad diets,’ in other words, they come and go. The Gracie Diet has been in use for 75 years and it has transformed the lives of thousands of people around the world. Uncle Carlos lived until 94 and my father until 95. In fact, the last time I visited my father in his ranch in Brazil, he was 94 and 6 months, he gave me a hug and a kiss and said, ‘Rorion, let’s go on the mat, I want to show you a new choke I have been working on.’ The Diet not only gave them both, long fulfilling lives, but they had a good quality of life as well.”

And with one final statement, Rorion Gracie leaves us in no doubt regarding the faith he bestows upon the family diet: “I am so confident of the benefits from the diet that if I had to choose between my knowledge of jiu-jitsu or my diet, I would choose the diet!” 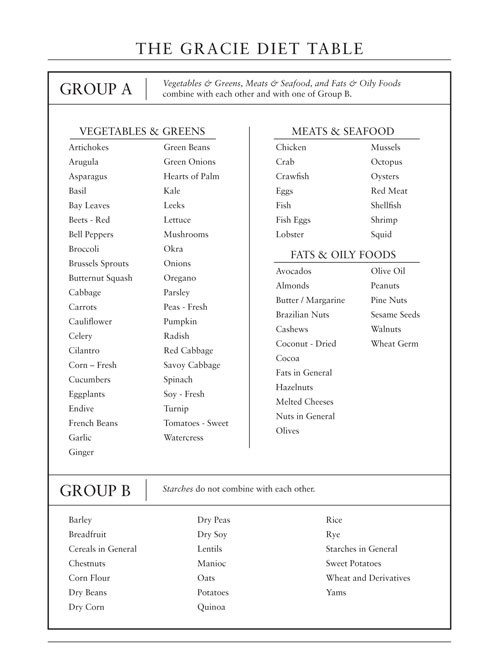 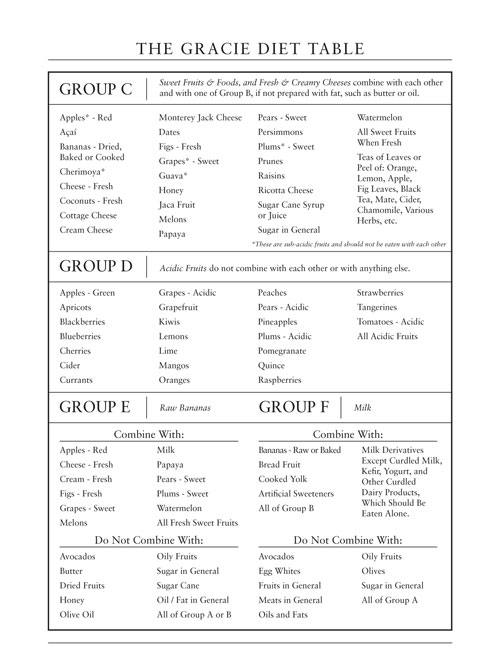 Is Big Ramy Going to Retire?

How to Cut Calories With Zero Counting

No math required from “The Body Coach” Joe Wicks, just weight-loss results with these simple tips.

These tips will help you maintain your diet and keep you on the right path.

What is the Volumetrics Diet and How Can It Help in Weight Loss?

There’s even room for dessert (sometimes) — after you eat your vegetables.