Quick: What’s your go-to compliment when talking to a woman?

Probably some iteration of You’re so beautiful/gorgeous/sexy, right? She’s got the perfect smile and can wear the hell out of a dress. Well, even if she does, stop making this your default. You think you’re flattering her, but it can come off as just the opposite.

“Guys think this is what women want to hear,” says psychologist Michele Barton, Ph.D. “But if you’re just talking about her looks, your compliments sound generic and insincere.” Instead of focusing on her body, her smile, or her eyes—all of which are at least partly due to genetic luck—your compliments should be geared toward her choices, abilities, and skills.

This doesn’t mean she never wants to hear you think she’s gorgeous. But there’s a lot more to her than her smokin’ body.

“Complimenting her beauty is short-lived—she’ll forget it right away,” Barton says. “But complimenting a choice she makes—like the color of her dress, or her haircut—is something she’ll really appreciate.”

Here are the compliments she wishes you’d pay her.

“I always appreciate being told I’m funny. It’s lovely to be—politely—complimented on my appearance, but when someone tells me I’m funny, it makes my whole day.” – Alycia A.

Why it works: Loads of women have a great sense of humor, but they rarely hear it. Partly because women “aren’t funny,” according to society and science. If that sounds like B.S., that’s because it is. But let us explain: A woman can be just as funny, if not funnier, than a man, but people tend to assume men are intrinsically the funnier sex, according to a 2011 study from UC San Diego. So it’s no surprise women love being told they’re as hilarious as they are gorgeous. Because, hey, you’re complimenting her brain and wit, not just the body that holds it.

“He called me superwoman after watching me give a scientific talk.” – Alessondra S.

“I like comments about my work. ‘This story gave me chills!’ is a recent example.” – Laura B.

Her career is probably a pretty big part of her life, so it’s only natural for her to want to hear she’s killing it. Don’t be afraid to tell her she impresses the hell out of you. There’s nothing sexier than a guy who’s not intimidated or threatened by a woman who’s at the top of her professional game.

5 ways to score a second date

The secret to securing another get-together is easier than you think.

3. You have the coolest interests and hobbies

You should never change your hobbies for a girlfriend (and it’s definitely a red flag if she expects you to adopt hers), but that doesn’t mean you can’t appreciate her passion. Maybe she collects rare whiskies or spends two hours every day meditating. It doesn’t matter what she’s passionate about—just noticing and appreciating she’s really into something can be a compliment in itself. Even better if you get in on the action.

4. I really value your opinion

“I appreciate compliments that make it clear a guy is glad I’m an active participant in the conversation. Being told I’m quick-witted, insightful, or clever means a lot to me.” – Nikki T.

You might not know this, but women often feel they can’t speak their mind in a social or work setting. More specifically, women who are “assertive or forceful” are perceived as 35% less competent in the workplace than women who are not assertive or forceful, according to a 2015 study by workforce performance company TwentyEight, Inc. In other words, letting her know you value her opinions and thoughts through conversations where she’s really able to express what she thinks and feels is a much bigger compliment than you’d think.

Tech turn-ons (and offs) for dates

She's judging you for that cracked iPhone screen.

Everyone loves a little praise for a job well done, whether it’s something monumental, like delivering one helluva wedding speech, or something mundane. Not many people can parallel park in a single swoop or flip an omelet like a MasterChef champion. Congratulate her on mini-achievements and she’ll feel accomplished, admired, and treasured.

6. I love how confident you are

“I’ve never met anyone as comfortable in their own skin as you.” – Claire S.

Maybe she’s incredibly self-assured and confident…or maybe she’s not, but she exudes it nonetheless. Either way, you’ll win with this compliment. If she’s genuinely confident, she’ll appreciate the fact you noticed. It’s difficult for a lot of women to feel secure with their body image and sometimes even their self-worth. And if she’s not, that simple accolade can help bolster her self-esteem.

“The best compliment I got was after I visited someone in the hospital. I didn’t really know how to take it because I didn’t feel like I was doing anything special.” – Melissa V.

Women are expected to be empathetic, nurturing, and kind—so much so that thoughtful gestures are often taken for granted. But she’s not necessarily nurturing just because she’s a woman, Barton says, so she’ll appreciate you noticing her acts of empathy or kindness. “Make it clear that you’re complimenting her on those specific things, not on ‘being female,'” Barton clarifies. Also, if she goes out of her way to be thoughtful—makes your favorite meal or surprises you with tickets to a show you’ve been dying to see—return the favor.

Find dates at a show, not online

People would rather meet in person, a new survey says.

5 Common Ways Your Relationship is Making You Fat

15 Tips for Dating a Fitness Fanatic 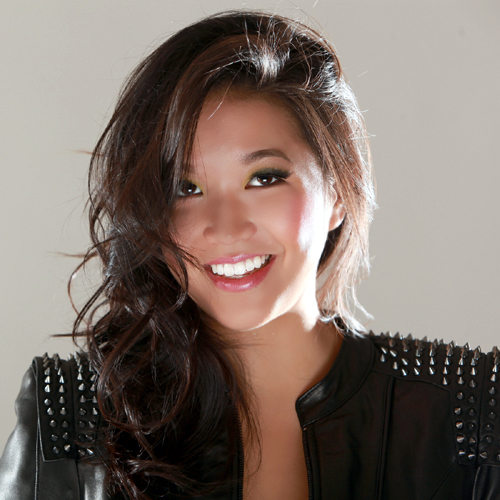 4 Signs You're Amazing in Bed

Here are some last-minute ideas that will sweep her off her feet.

Impress your Valentine without compromising either of your lifestyles.

5 Common Ways Your Relationship is Making You Fat