Some things never change, and when it comes to training, we’re grateful for that fact. New systems come and go constantly, with one self-styled guru after another screaming at you on TV that his latest system is way better than the last one he tried to sell you. Yet while we’re constantly in search of new and better ways to gain muscle and strength, there are some systems that need no rewriting—templates that have proven time and again to produce results. Four in particular have never fallen out of style, despite being far older than most of you reading this. they are: the conjugate system, linear periodization, undulating periodization, and 5×5.

In the following pages we’ve provided an overview of each, addressing their pros and cons with the help of M&F advisory board members John Meadows, a bodybuilder and trainer, and Jim Smith, a coach with nearly 20 years of experience as a strength athlete. Which of these systems best suits your goals and experience level? Read up and then dive into a classic, regardless of its age. The human body is an adaptation machine, and if a method is brand new to your body, you can bet it’ll produce results. 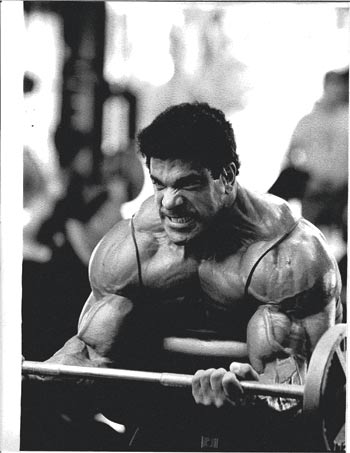 Developed by Soviet sports scientists in the 1960s, the conjugate system seeks to develop multiple strength qualities simultaneously. The most famous example of it Stateside is the Westside Barbell template, a method of powerlifting pioneered by legendary competitor and coach Louie Simmons. This kind of conjugate training is broken into four lifting sessions per week: two upper-body days (bench press–focused) and two lower-body days (focused on the squat and deadlift). The upper and lower days are further split into max-effort and dynamic sessions. Max effort means working up to a one- to three-rep max, while dynamic means moving submaximal loads as fast as possible, often with bands and chains (accommodating resistance). Accessory lifts address weaknesses. For example, bodybuilding rep ranges should be used for a guy lacking size.

Who It’s For: Intermediate to advanced lifters.
Pros: It’s brutally effective. This system has produced some of the strongest lifters alive.
Cons: Bands and chains are hard to come by in commercial gyms. Workouts can be dangerous (since you’re working up to maxes) and difficult to recover from.

This system doesn’t just produce big lifts, but big muscles, too. “To me, bodybuilders are really missing the boat on accommodating resistance,” Meadows says. “It’s a great way to build size, not just strength. You get maximum contractile tension. That’s a huge stimulus.” 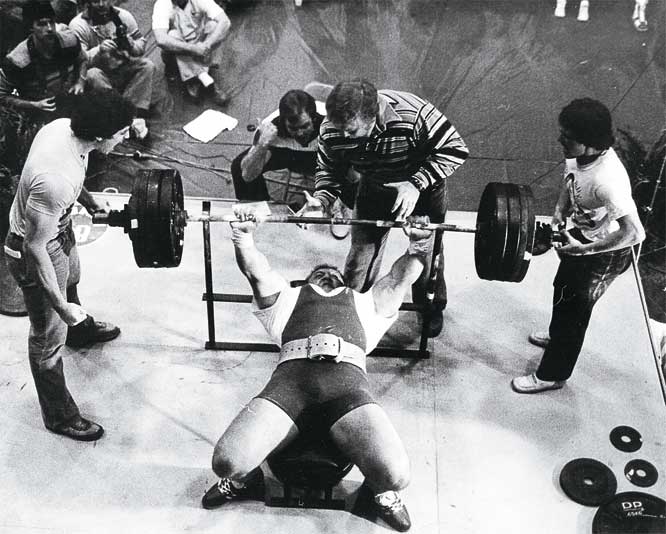 One of the easiest training systems to understand, linear periodization’s greatest asset is its simplicity. You train four to five weeks for hypertrophy (increases in muscle size), then four to five weeks for strength, and then four for maximum strength just before peaking, where you’ll shoot for new 1RMs on all your lifts. In each phase, the weight gets progressively heavier while the volume decreases (reps go from 10–15 down to 1). In theory, you can set newmaxes at the end of the cycle. This system was famously used by Ed Coan, one of the greatest powerlifters of all time, and strongman legend Bill Kazmaier (shown above). But if these giants were competing today, would they use the same program? In the eyes of many experts, including Meadows and Smith, linear periodization’s inflexible structure is a big strike against it. “Because you’re starting with a hypertrophy phase, that makes it a real no-no for beginners,” Meadows says. “You have to build a base of strength before you start adding size.”

“And you can’t necessarily expect the gains you made in the beginning of the program to stay with you through the end,” Smith says. “You train hypertrophy in that initial phase, but don’t train it again for the next 8 12 weeks. That said, it is a good template for intermediate guys. I’ve found that the structured nature of it helps a lot of guys focus.”

Who it’s for: Intermediate lifters.
Pros: Simple, easy to follow planning.
Cons: It’s inflexible and addresses only one adaptation at a time.

The system has its limitations, but if it’s used for short periods, say, 12 weeks or less, you can make good gains. In that period of time, you never get away from hypertrophy training for long, so you don’t lose size. While you shouldn’t expect to turn into Coan overnight, try a 12-week cycle where you work up to a heavy 10 for 2 weeks, then 8s for 3 weeks, then 5s for 4 weeks, 3s for 2, and then max out. 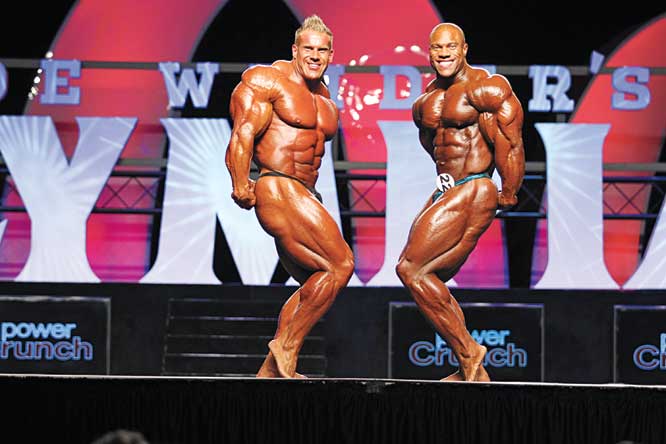 Any gym rat can tell you that you’ve got to “switch it up.” But the question of how often has spawned thousands of training templates. Where many guys might change a variable every 4–6 weeks, undulating periodization changes the rep scheme with every training session. “Coming more from the bodybuilding perspective with this, I can say that being able to do high reps and low reps in the same week is a real advantage of the program,” Meadows says. “Your body doesn’t get to adapt.”

Who it’s for: Intermediate to advanced lifters.
Pros: Constant variance staves off plateaus.
Cons: For each 3– to 4-week phase, you’re typically using the same exercises, so it can lack variety.

Use the sample guidelines below for your main lift only. For accessory work, add 2–4 exercises each day and perform them in rep ranges where you need work: 3–4 sets of 12–15 reps for muscle growth, 4–6 sets of 3–5 reps for maximum strength, etc. 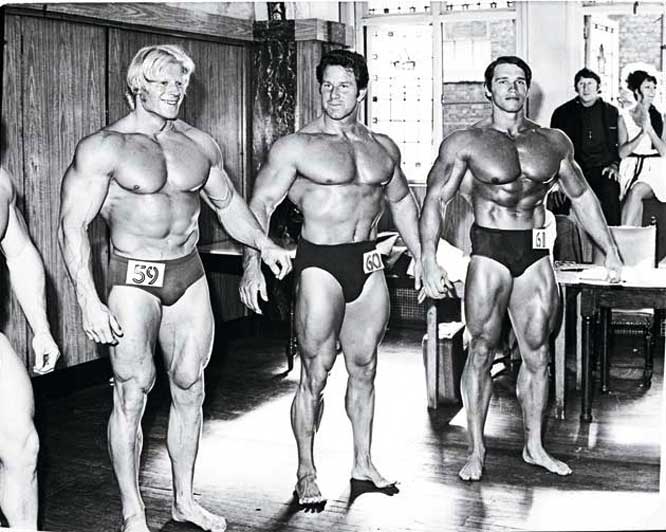 The 5X5 Method is the oldest one on this list, and it goes way back in the annals of bodybuilding. It’s the same system Reg Park used throughout most of his career, and it’s what Arnold Schwarzenegger used as an up-and-comer, laying the foundation for what would become the world’s most famous physique. It’s dead simple, and even easier to follow than linear periodization.

There are four main workouts per week: one each for the squat, bench, deadlift, and military press, with three or four accessory exercises following your main lift of the day. In Week 1, you’ll do five sets of five reps at 65% of your onerep max for your main lift of the day. In Week 2, it moves up to 75%, then up to 85% in Week 3. You de-load in Week 4, dropping down to 60%, then reset in the fifth week working with 65% of your new max, adding five pounds to maximum upper body lifts and 10 pounds to your lower-body lifts.

“Because the focus is on compound movements, you increase your workout efficiency,” Smith says, “and it’s a great way for intermediate lifters to progress to using heavier weights.” Both Smith and Meadows concur, however, that the limitations of the system can crop up after only a few repetitions of the cycle. “There are only so many times you can keep adding five pounds to the bar,” Meadows says. “It works, but only to a point. You can’t just add five pounds forever.”

Who it’s for: Beginner to intermediate lifters.
Pros: Easy to follow; four-week waves give you immediate feedback that it’s working.
Cons: Lacks built-in diversity that will let you bust an eventual plateau.

Beginners, or guys stuck in a rut with no set program at all, should absolutely hit up 5×5. It will allow you to lift heavier than three sets of 10, and you’ll be surprised what a difference the extra weight on the bar can do for your physique.

It's No Yoke, Learn Why You Should Never Neglect Neck Training

Often neglected in workouts, a strong neck can be the foundation to strength gains.

What Is the Difference Between Core Training and Abs Training?

We may think the names are interchangeable, but Andy McDermott explains the subtle differences.

Even Out Strength Imbalances with 4 Unilateral Moves

If you have one side stronger than the other, here's a plan to begin balancing yourself out.