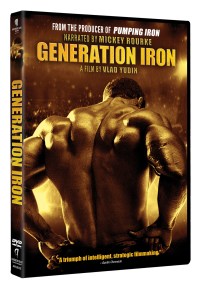 If you haven't seen Vlad Yudin's hit movie Generation Iron, which follows seven bodybuilders as they go through the grueling preparations for Mr. Olympia, then you'll have your chance! GENERATION IRON will be available on iTunes and other digital platforms on April 4th, On Demand on April 15th, and on DVD on May 13th. According to Variety, the documentary, which comes from the same producers that made Pumping Iron, made some $850,000 at the U.S. box office and is set to make a million in foreign ticket sales.

If you missed the chance to shadow the likes of Phil Heath and Kai Greene as they prepare to battle it out for the Sandow trophy, this behind-the-scenes look at the work, sweat and sacrifice that it takes to be an elite bodybuilder is a must for your viewing list. Narrated by Mickey Rourke, this one is a collectible for all bodybuilding fans. Preorder it now and save 15% at GenerationIronOfficial.com. 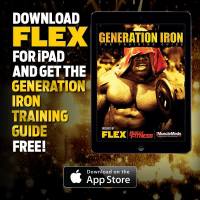