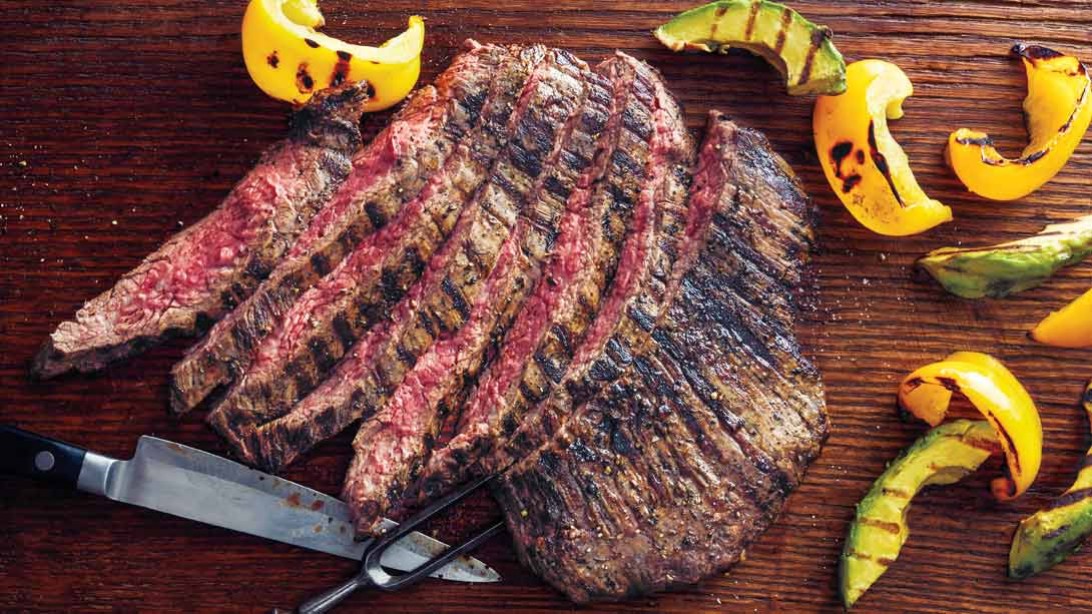 When you eat, your body automatically stores part of your meal as fat so it can be released later for energy in times when you’re not eating. When you eat carbs, insulin—a hormone that regulates blood sugar—is released to help take the carbs out of your bloodstream. Since your body can only use a certain amount of glucose (the simple sugar that carbs break down to with digestion) at a time, insulin sees that the excess sugars are shuttled straight into your fat cells for storage. Over time, excess weight, inactivity, and stress can cause your cells to become insulin resistant and make it harder for them to absorb glucose from your blood. If this happens, it becomes difficult to burn stored fat because you’re always refilling your fat cells with glucose.

But you’ve been told since eighth-grade nutrition class that carbs are the best source of energy. Guys who work out have to eat a lot of them, right? “Athletes generally have been told that they need to fuel their exercise with a carbohydrate-based diet,” says Dominic D’Agostino, Ph.D., an assistant professor in the Department of Molecular Pharmacology and Physiology at the University of South Florida. But if you do the math, it’s clear that carbs aren’t the best fuel. 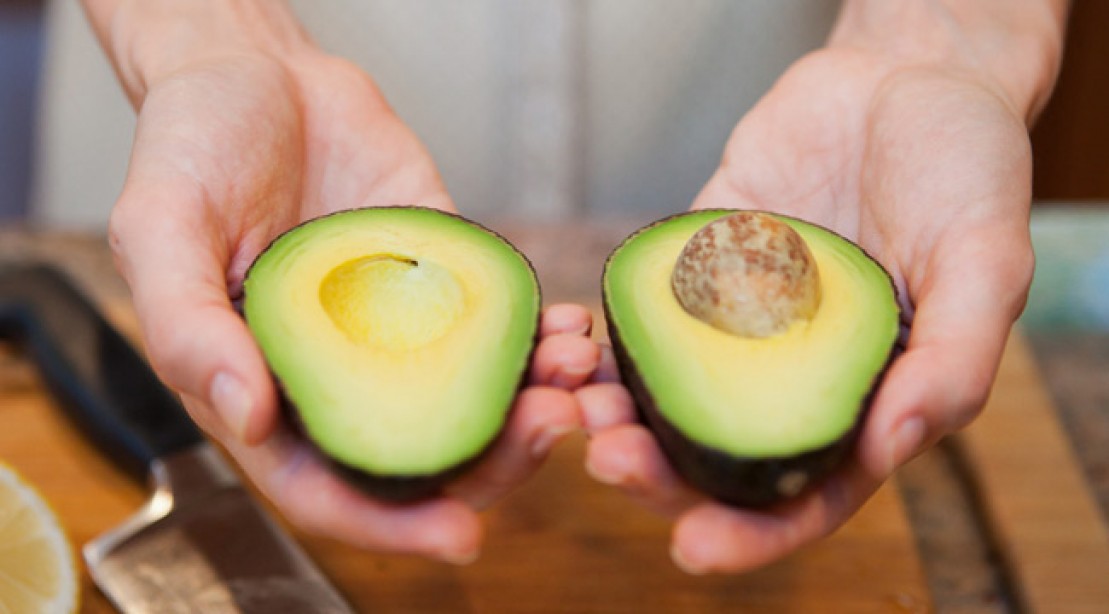 “Your body can only have about 2,500 calories [worth] of carbohydrates stored, but you have almost an unlimited amount of fat for energy,” says D’Agostino. “Even a lean individual has 20 to 30,000 calories [worth] of fat.” In other words, by depriving your body of carbs, you can make it switch to burning fat, which provides more than enough energy for exercise. And when you start burning more fat, you’ll melt more of it away to reveal your abs.

When you begin eating fewer carbs and more fat, your body will slowly begin to produce ketones—energy molecules, like glucose, that are converted from stored body fat. When your body switches over to running mainly on energy from ketones rather than carbohydrate, you are officially in a state of ketosis—hence the name “ketogenic diet.”

The right ratio of macronutrients is essential to achieve ketosis. D’Agostino recommends you get 30% of your calories from protein, 65% from fat and 5% from carbs. (To find a calorie starting point for weight loss, multiply your body weight by 12.) So, a 180-pound man trying to lose fat will eat a total of 2,160 calories consisting of 162 grams of protein, 156 grams of fat and 27 grams of carbs. 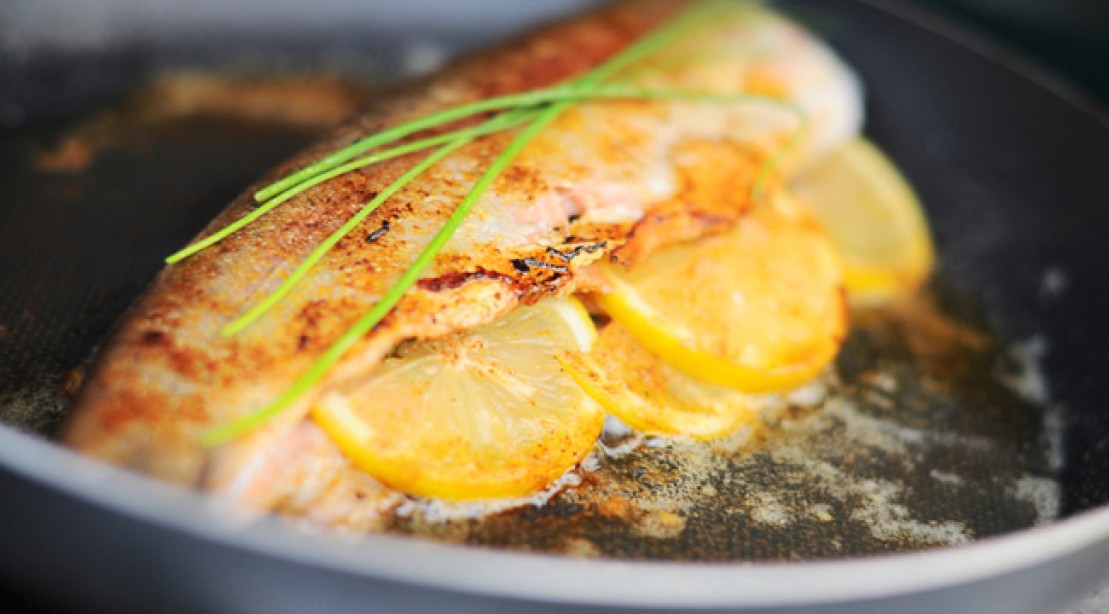 The Ketogenic Diet for Health

“But won’t eating that much fat raise my cholesterol? Won’t I have a heart attack?” These are common questions associated with ketogenic dieting and the skepticism is understandable.

For years, the government preached the dangers of so-called artery-clogging, cholesterol-laden meat and dairy. Fear mongering of fat gained steam in 1958 when Ancel Keys, Ph.D., an American scientist who researched the effects of diet on health, set out to study how saturated fats are linked to heart disease.

Critics contend that Keys thought that the data he gathered from 22 different countries were too scattered and didn’t support a theory that saturated fats raise cholesterol and lead to heart attacks. So they say he ditched the data he didn’t want and published the findings that did back his ideas. Whether worthwhile or not, Keys’ work influenced the United States Department of Agriculture (USDA) and the original Food Pyramid, which recommended minimal animal fat and suggested six to 11 servings of carbohydrates per day —with no distinction being made between whole foods like rice and processed junk like saltine crackers. The nation’s obesity rate has been climbing ever since.

In reality, recent studies have found that saturated fat isn’t as dangerous as that earlier research suggested. A meta-analysis of 21 studies conducted in 2010 by the American Journal of Clinical Nutrition found that there was no relation between cardiovascular disease and saturated fat. In fact, some types of saturated fat can be quite healthy.

Saturated fats can also help prevent the oxidation of unsaturated fat that can occur with cooking. Unsaturated fats aren’t stable at high heat, and have the potential to become heart-unhealthy, even carcinogenic, unless they’re paired with a saturated fat. For this reason, it’s better to sauté foods in coconut oil or butter than olive oil.

Need another reason to have a burger tonight? (Well, here’s one anyway.) At least 50% of our cell membranes are made of saturated fat. Without the rigidity that saturated fats provide (with the help of unsaturated fats to keep the cell walls liquid), cells would have no governor. Too many messages would go in and out of them, and that can lead to problems as serious as cancer. Cells would also be less resistant to infection from viruses and bacteria.

Finally, eating more fat may just make you manlier. A study published in the American Journal of Clinical Nutrition showed that men consuming a high-fat diet raised their testosterone 13% above those following a low-fat diet. If you didn’t know, greater testosterone increases the potential for bigger muscle gains, better sex, and a whole bunch of other things men enjoy.

Now consider that ketones themselves—which, remember, are harvested from fat—have a positive effect on inflammation, cancer, and even brain health. D’Agostino says that while our brains lose the capacity to use glucose for fuel with age, that decline never occurs with ketones.

“You have a lower risk of developing cancer in the long-term because you have a dramatically reduced level of free radicals when you use ketones versus sugar,” says Dallas Hack, M.D., Chief Science Officer of Kegenix, a patented supplement that induces ketosis and is based on D’agostino’s research at the University of South Florida.

How To Do It

Getting into a state of ketosis requires a little effort and adjustment, but you’ll find it much easier than most diets in the long run because the menu is bound to include foods you enjoy. Begin by restricting your carbs, hitting your macros daily, and adding MCTs (medium chain triglycerides) to your diet—coconut oil, organic butter, organic milk, and palm kernel oil. This type of fat primes your body to start producing more ketones. You should reach ketosis within two or three days. Kegenix, the world’s first patented formula for inducing ketosis can help jump-start your body’s ketogenic engine (find out more here). Keto sticks, available at any pharmacy (walgreens.com carries them), measure the amount of ketones in your body from your urine stream and can be used to confirm whether you’re in ketosis or not; when the level of ketones reach 0.5 and 3.0 millimolar (mM) you have reached a state of ketosis.

The worst part is the initial drop in energy that you’ll experience while your body is still craving carbs, but, according to D’Agostino, two to three weeks is all you need to adapt. If you can do so safely, use coffee and other sources of caffeine to stay alert in the meantime. Kegenix can help minimize this experience, known as the “keto flu” by providing you with exogenous ketones. You may also notice that your muscles begin to look more flat and deflated due to a loss of glycogen, but this is also temporary as your body adjusts. “As your body shifts to oxidizing fat for energy, [your muscles] tend to fill out, especially if you’re eating sufficient levels of fat and not restricting calories [too much].”

The calories, however, should be coming from nutrient-dense foods: Bacon, organic butter, salmon, tuna, cuts of beef—and any other meat—along with green vegetables are all recommended. These foods are naturally more satiating so you may even find yourself eating less than you think. Remember that while fatty foods are OK, carbs aren’t. You can have a burger but without the bun and very little ketchup. You can eat cheese and pepperoni but not pizza.

As for training, since your energy will be down during your two to three-week break-in period, be conservative and perform fewer total sets in your workouts—but you shouldn’t experience a loss in strength. See our special workout program to use during this period and you’ll see you can make gains without carbs in your system.

Return to the Guide to Ketosis>>

You don't need to look like Santa during bulking season.

Eating for the Bodybuilding Physique of the 70s

Here's how you can benefit from some old-school eating habits.

Dietitians Say You Can Grab These 6 Candies

This isn't a trick — treat yourself to these snacks