While everyone knows that a few tokes of weed will get you high, revival of research from the ’70s has found that some compounds in the plant can help with a wide range of ailments, like chronic pain, depression, symptoms from chemotherapy, and multiple sclerosis. That’s one reason that the plant is now legal in 10 states (as of press time) and allowed to be consumed for medical purposes in another 22. The other: Huge amounts of tax money from marijuana sales are filling up state coffers—Colorado alone took in more than $247 million last year. Put simply: The marijuana market is blowing up.

But it’s cannabidiol (CBD)—the straitlaced brother to the chemical in marijuana (THC) that gets you stoned—that’s been taking the nation by storm. This seemingly miraculous compound has been found to jump-start healing in your body by regulating the immune system and reducing inflammation, all without any harmful side effects. Below, we go over what you need to know about CBD oil.

What Every Guy Should Know About THC and CBD in We...

Get familiar with the compounds in marijuana with this explainer.

How CBD Helped Me

Last summer, I hurt my hand trying to yank up some stuck luggage. The excruciating pain, and the advice from an orthopedist, meant that I had to stop lifting anything heavy, pretty much avoiding any exercise that required my hands.

After six weeks, my hand was feeling fine, so I started deadlifting again. Two weeks later, I tried to hoist my old working weight, but on my fourth set, a burst of pain radiated through my lower back. The next morning, I could barely roll out of bed without experiencing a wave of throbbing pain—I’d hurt my back before, but this was next-level. Struggling to even put socks on, I hobbled into the bathroom, pulled open a drawer, and grabbed some CBD cream that was sent to me for review months ago. I squirted two pumps in my palm and slathered it on my back and forgot about it. I did that twice a day for the next two days.

On the third day, I woke up feeling great, rolled out of bed with little to no pain, and was able to function normally. I was shocked. I expected a long recovery full of frustration, but I was pretty much healed after only three days. I waited one more week before going back into the gym and then did some light squats and deadlifts with hardly a twinge or notion of pain. Anecdotal evidence or not, a bottle of CBD cream or oil will now always be a part of my training regimen.

Or is the recent buzz much ado about nothing?

The human body has a specific biological network called the endocannabinoid system, which is made up of neurotransmitters and receptors specifically attuned to cannabinoids. These compounds can produce healing effects on our cognitive and physical processes when they bind to specific receptors.

Tetrahydrocannabinol (THC) is probably the most well-known cannabinoid—and most prevalent in recreational weed—as it’s what gives you that stereotypical, euphoric high when smoked or ingested.

Cannabidiol (CBD), which is found in high concen­trations in hemp or industrial marijuana, is the next most common cannabinoid. It doesn’t produce any psychoactive effects, so, up until recently, it was thought to not act on the human body at all. Well, we were wrong.

CBD binds to receptors, called CB1 and CB2—which are found in your brain, nervous system, muscle tissue, and even some organs—and has been shown to boost functioning of the immune and nervous system as well as better manage pain.

“CBD tends to regulate and normalize these receptors in your muscles, in your immune system, in your spleen, in your kidney, your liver,” says Bomi Joseph, Ph.D., director of the Peak Health Foundation and a noted plant compound researcher.

A  2018 meta-analysis of multiple studies on the compound published in the journal Frontiers in Immunology concluded that CBD “has clearly shown” effects for reducing and treating anxiety, post-traumatic stress disorder, depression, and psychosis. There are also CBD-THC hybrids, which have been used to treat multiple sclerosis, a disorder that turns the immune system against the nervous system, damaging nerves and affecting balance and muscle control. Some medications using CBD have helped to treat epilepsy in children and teens, with studies showing the compound can reduce and even eliminate seizures altogether.

Other studies show that CBD can boost and support brain health. Additional research published in the journal Cell Communication and Signaling found that CBD could spur the growth of new neurons in the brain and protect brain cells. And another review from 2017 found that CBD has antioxidant effects that also help keep the brain from degenerating from the effects of old age or mental disorders like schizophrenia.

4 What is the Correct Dosing?

The short answer is, we don’t know. The Food & Drug Administration (FDA) doesn’t regulate the compound, so formulations, dosages, and quality control are all over the place. And since the consumer market is exploding and regulations are almost nonexistent, there is a glut of CBD products coming from overseas that aren’t quite kosher.

“Most of the CBD products that are flooding the market now are synthetic,” Joseph says. “Though we can come close, we can’t completely mimic nature.” Joseph compares synthetic CBD to the margarine form of vegetable oil—you can hydrogenate it so it is similar to butter, but at its core it’s not the same thing. Synthetic CBD won’t work as well as the natural stuff.

It’s hard to give the optimum dose, as it depends on the concentration and other environmental factors. It’s best to start out with a low dose and see how you feel, but here are a couple of guidelines.

5 What Should You Look For in CBD Products

When buying a CBD product, make sure that it’s plant-derived, whether it’s from hops or hemp or feverfew. Some of the better brands out there, like Extract Labs, Medical Marijuana, Nanocraft, Real Scientific, and Green Helix, produce products that have clear, third-party lab-tested results available and are some of the highest-quality plant-derived CBD products around. And currently—the laws are still a bit murky and evolving—you can legally get CBD products in all 50 states, though there are some minor restrictions depending on where you live.

Congress is working on legislation right now that would make industrial hemp legal in the U.S., which would mean any CBD derived from hemp would also be legal nationwide. Right now there are numerous shops online that can legally sell you CBD products, and brick-and-mortar stores are popping up all over the place, so check your local listings.

Since CBD products aren’t regulated by the FDA, there are no clear instructions on what kind of product to use and how to properly dose yourself. But taking CBD isn’t the same as taking a drug, so you don’t need to worry about overdosing or getting sick, says Prudence Hall, M.D., medical director of the Hall Center in Santa Monica, CA. “I’ve talked to almost 400 patients in the last year who’ve been using CBD, [and] I haven’t heard anyone say anything negative—sometimes a few people will mention that they feel a little more fatigued.” A 2018 study from the University of Wisconsin stated that twice-daily use of CBD was “generally well-tolerated” and any adverse effects were “mild in severity.”

6 Can CBD Help My Gains?

Though taking CBD to enhance performance is not well-studied, there are some athletes out there who use CBD and THC extracts to help with recovery and pain management. A few well-known athletes, including UFC fighters Yair Rodriquez and Nate Diaz, ultramarathon runner Avery Collins, and Tennessee Titans linebacker Derrick Morgan, have come out and said that they use CBD to help with recovery, heal sore muscles and achy joints, and tamp down general inflammation. Using CBD in your own athletic endeavors can help you with your gains, but not by making you directly stronger or giving you more energy, like steroids or stimulants.

Where CBD will benefit the weekend warrior is by making recovery from intense exercise and minor injuries faster. “What happens when you pull a muscle or get injured is that there’s an immediate inflammation of that area because your body is trying to confine it,” Joseph says. “CBD tells that inflammation signal to go down. That’s what everybody feels initially, but CBD actually speeds up the recovery.”

7 Common Forms and How to Take it

Experts recommend that you don’t take CBD every day to prevent illness or pain, as it’s fairly expensive—a 1,000 mg bottle of tincture runs around $100. And there doesn’t seem to be any benefit to using it prophylactically if you are already healthy and free from any chronic disorders. Some common forms of CBD are as follows:

Tincture and Oil
Take under your tongue; add to smoothies or food and drinks.

Cream and lotion
Apply to muscles.

Edibles
An easy way to get a daily dose.

Vaporizer juice
For a slow and steady dose all day.

5 Things You Need to Know About Recovery 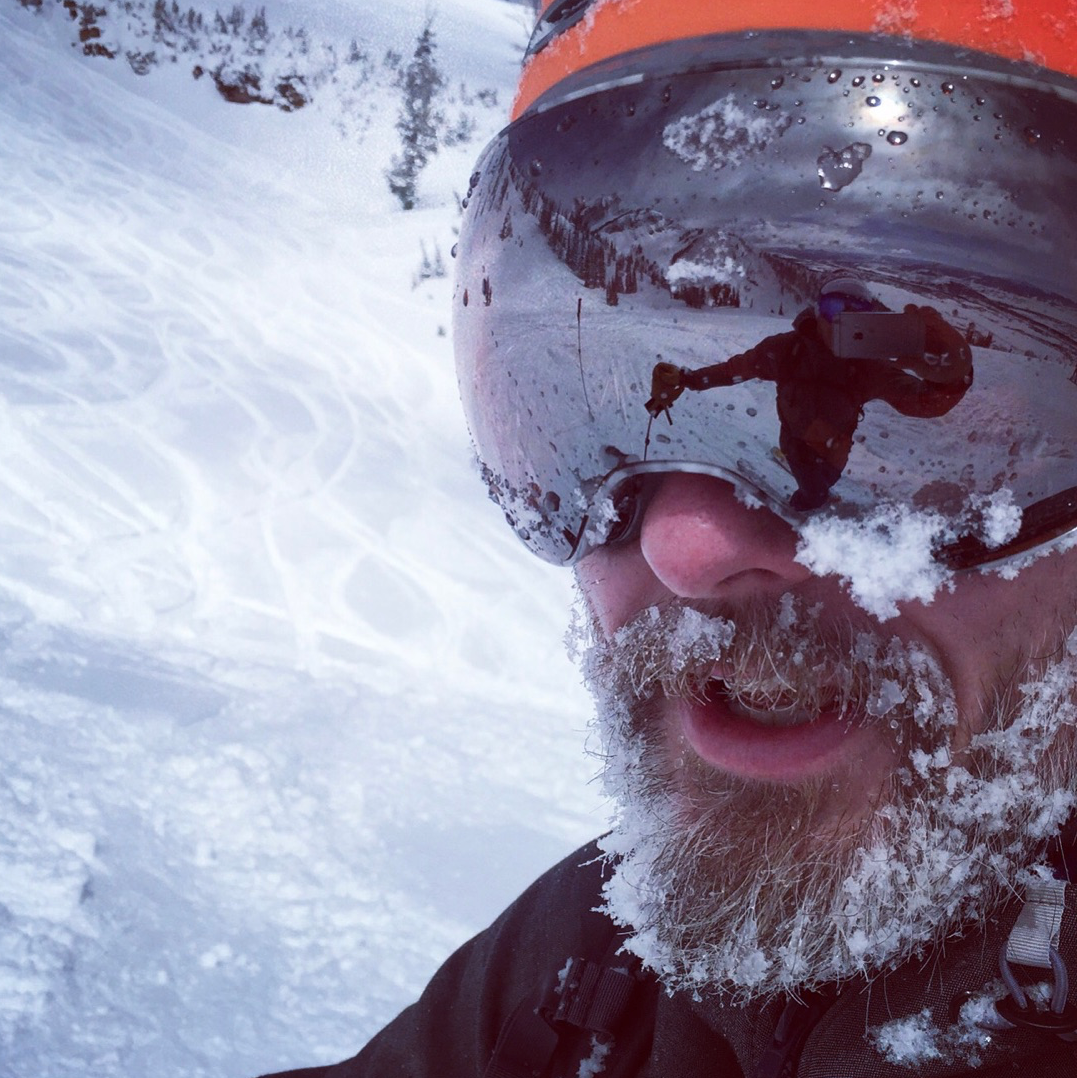 A Complete Guide to Calories

Here's everything you need to know about it.

The profound benefits of molecular hydrogen.

Suffering from an injury? Start using the right supps to get back to growing muscles in the gym, joint-pain free.