Lifelong New Yorker Michael Chernow opened his first restaurant, The Meatball Shop, in 2010. Five more locations followed, and last year, he debuted Seamore’s, a sustainable, local seafood joint in downtown Manhattan. “No matter what business you’re in, your sourcing practices really define who you are when it comes to the product,” Chernow says. “At The Meatball Shop, I became very passionate about supporting local farmers and doing our best to get our beef, poultry, and pork as close to home in the United States. And at Seamore’s it became apparent to me that I could make a stand for what’s right and how we should be getting seafood. It’s part of our core values. Internally, it’s something that we believe wholeheartedly in. It’s something that we are hoping to make an impact with other people.” Chernow’s passion for the kitchen eventually earned him a gig as a TV host on DIY network’s Food Porn, while his love of fitness scored him a body-fat percentage in the single digits, an ambassador deal with Lululemon, and a reason to venture into another business—the recovery drink WellWell.

Why did you think the fitness world needed WellWell?

Few people consider recovery as part of fitness—myself as well. I don’t feel that taking days off benefits me. So [the WellWell team] created a recovery beverage with ingredients that are proven to impact inflammation problems.

What advice can you offer aspiring entrepreneurs?

You have to have a story and be able to tell that story. Also, you have to make people want to listen. Ultimately, businesses and products and restaurants—it’s all about telling a story. Most people love to tell stories and/or hear stories. If you don’t have a story, you’re in big trouble.

Recover Well: The cherries in WellWell provide inflammation-fighting compounds, and the watermelon provides a boost of vitamins A, B6, and C.

There are just three ingredients in WellWell, and the ultimate goal is to make every ingredient biodynamic. As we scale, we’re going to face [sourcing] challenges, but we’re up for the task because we believe that if we’re going to offer a natural product, we want it to be the best and the best of the best.

How did the idea evolve?

[WellWell CEO] Sagan Schultz wanted to come up with a natural way to help aid his post-workout soreness, so he started doing research and came up with a formula of fresh watermelon juice, tart cherry, and lemon. I tasted it, and I was like, “Holy shit, man. This is incredible. Let me help you put a team together to grow this brand.” That’s exactly what happened.

For people who can’t afford to hire a PR agency, what’s the key to getting word out about their business?

I’m a pretty outgoing dude, and I have a big mouth, so I made it my job to do as much networking as possible. Before opening The Meatball Shop, anytime I heard about an industry event, I was there. There was not a
single industry event that went on in 2009 that I was not a part of in some way, shape, or form.

Being an entrepreneur and taking risks is really time-consuming. Most of the time, the reason why people don’t end up going forward with it is because it is incredibly encompassing. It has to be part of your DNA. It’s like, you wake up in the morning, and whatever you do, you brush your teeth, you wash your face, you take a shower, you get dressed, you put on your shoes, and you walk out of the house. Your business, as an entrepreneur, needs to be like that. That’s what it is. You don’t function properly without putting in the work. It’s definitely not for everyone, but it’s certainly incredibly rewarding and gratifying.

Feel The Chern: In addition to owning the seafood-focused Seamore’s and the highly acclaimed The Meatball Shop, Chernow manages his responsibilities at WellWell as the chief culture officer. And the guy finds time to stay ripped. 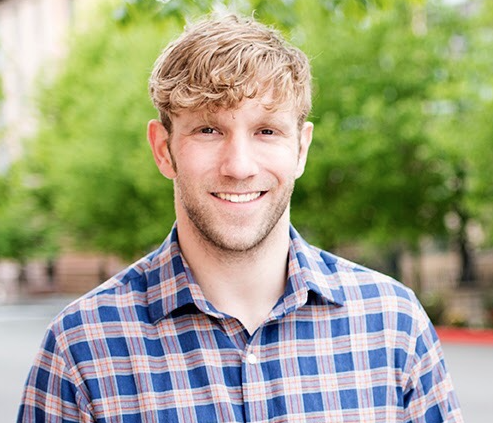 8 Foods to Cut Out of Your Diet

10 Questions Every Lifter Should Know

You can't be fit and healthy when you're feeling the weight of the world.

How the world-famous duck caller and 'The Fowl Life' star stays fit and focused.

Perfect your form to build bigger pecs with these pro-tips from "The Prodigy."